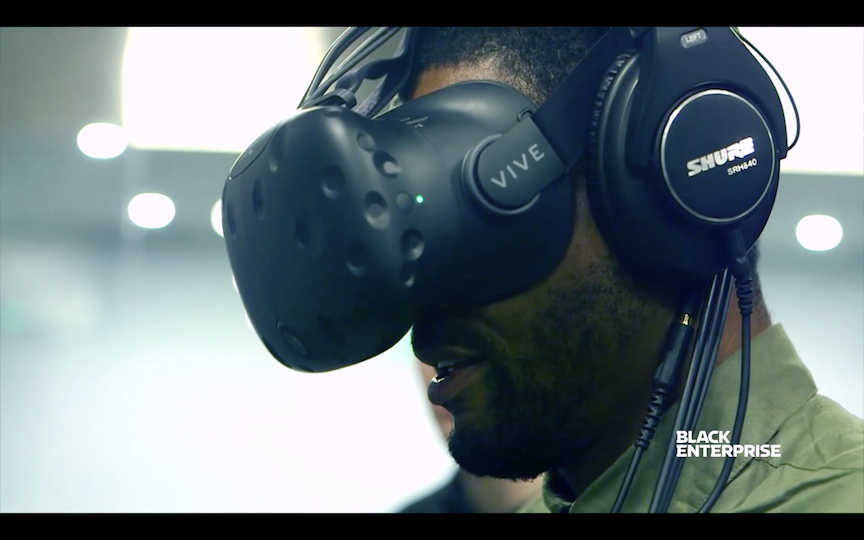 Back in 2014, Alton Glass’ groundbreaking drama CRU made history at the American Black Film Festival (ABFF) Independent Film Awards when it took home a win in each category it was nominated for, including Best Film and Best Director. Three years later, the award-winning filmmaker returned to the annual festival to break new ground yet again with his virtual reality movie, A Little Love, which premiered Saturday, June 17, 2017.

The story of A Little Love explores the themes of love, family, and adventure, and stars actors Kellita Smith and Dorien Wilson. Watch Glass summarize the plot of the film in the video clip below:

Although the majority of the films screened at ABFF were shot via a standard camera, Glass’ VR film uses a combination of live-action and animation footage to leverage innovative VR technology in a way that completely immerses viewers in a 360° experience. In turn, this enables the audience to feel part of the narrative itself.

“Seeing the audience watch A Little Love for the first time was really awesome,” Glass says, in an interview with BLACK ENTERPRISE.”They were looking all around, laughing, and just fully transported into this experience. I think that this was something very different for them to experience at a film festival [and] at ABFF, and I think that they loved it.”

Along with providing the audience with an exclusive VR experience, the accompanying panel included a Q&A about the convergence of technology, media, and entertainment, which featured Glass as well as VR experts and television executives. During the talkback session, Glass opened up about being one of the few African American pioneers in the VR filmmaking landscape.  He also spoke about his decision to explore VR filmmaking, after directing a number of highly acclaimed movies like The Confidant (2010), starring Boris Kodjoe and David Banner; and The Mannsfield 12 (2007), which was acquired by BET.

“What inspired me to create a narrative in virtual reality like this, was being able to see someone like myself—for people of color or diversity—inside of an experience in virtual reality,” Glass says. “I’ve never seen anything where I felt like I was there—[in the film]— with people that looked like me. So, I felt compelled to make that piece.”

The celebrated director also explained why he chose to premiere his VR movie during the five-day festival. “It was important for me to debut this film at ABFF because one, ABFF has very supportive throughout my career,” Glass says, also adding that secondly, A Little Love is one of the first VR films to feature people of color.