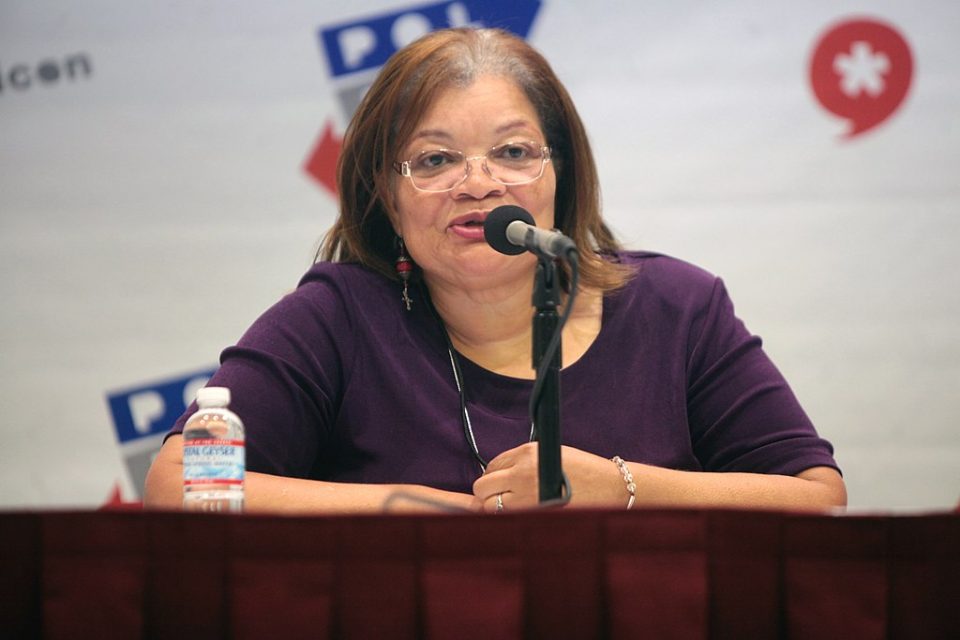 Dr. Alveda King, the niece of slain civil rights leader Martin Luther King, Jr., didn’t hold back her criticism of Vice President-elect Kamala Harris and other democrats during a recent television appearance on FOX News. King also claimed Harris plagiarized one of MLK’s anecdotes for her own.

King’s niece, who wrote a memoir documenting her support for President Donald Trump in October, lambasted Harris during her appearance on Lou Dobb’s show on Tuesday, saying Harris was nothing like her uncle.

“Kamala knows that her worldview is totally different than the worldview of Martin Luther King Jr., so it’s a big stretch for her to compare herself or to sound like him or to use some of his analogies,” she said.

She continued to give Harris smoke about her stances on issues like abortion as well.

“For instance, Kamala believes that it’s OK to abort babies up to nine months. And if you meant to abort the baby and the baby lives, then let the baby die. Martin Luther King, Jr. served the public,” King continued. “He did not kill the public, and that would include babies in the womb.”

“They are so radical with their injustices toward Israel, for example. They’re lacking compassion for the babies in the womb, for example. Offering surgeries and things like that to children over human sexuality,” Alveda King stated. “They do not support life, liberty, and the pursuit of happiness.”

The plagiarism that King referenced went back to an October interview Harris had with ELLE magazine where she recounted the early beginnings of her “life’s work.” The vice president-elect recalled a childhood memory that included her being pushed through the streets of her native Oakland, California, as her parents participated in a civil rights march. Harris reportedly became upset after falling out of the strapless stroller and shared an interesting response to her mother’s question about her well-being.

“My mother tells the story about how I’m fussing, and she’s like, ‘Baby, what do you want? What do you need,’” she told ELLE. “And I just looked at her, and I said, ‘Fweedom.’”

The New York Post reported that Harris had used the story numerous times throughout her career. The narrative was similar to a story MLK shared with Playboy magazine in 1965.

Harris has yet to respond to the plagiarism allegations.