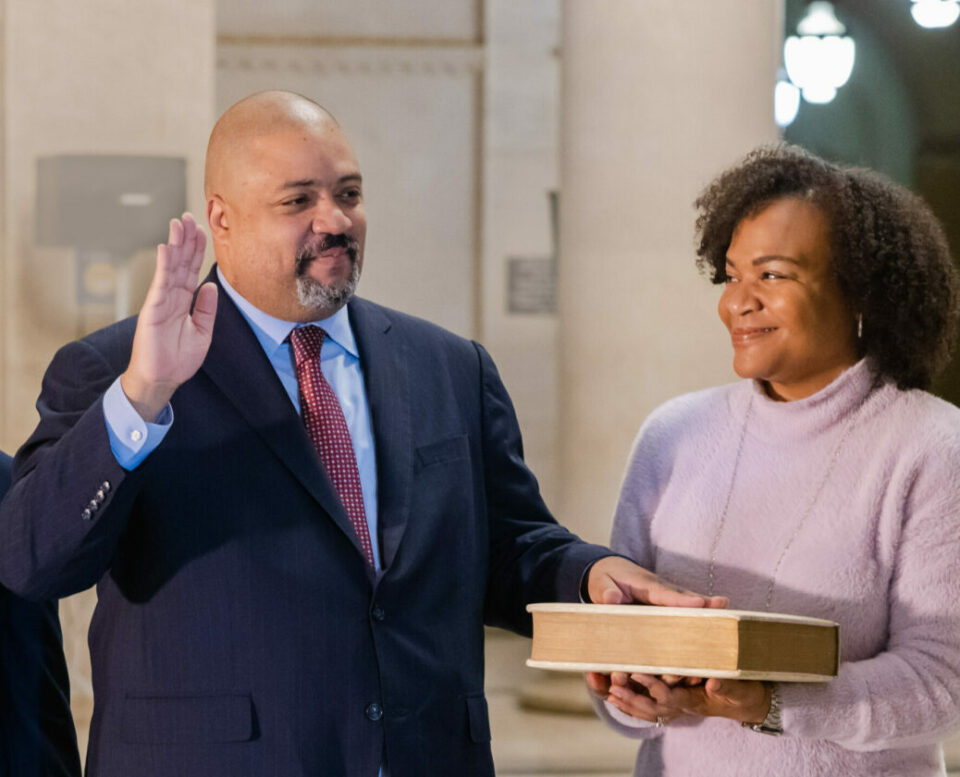 Alvin Bragg made history Saturday when he was sworn in as the first Black Manhattan District Attorney and is wasting no time making significant changes.

In a memo released Tuesday, Bragg told his staff to halt prosecutions for a litany of low-level offenses including fare evasion and prostitution. He also instructed his office to only seek bail in some cases and to never seek a sentence longer than 20 years for any crime.

Bragg ran on a progressive agenda promising to reduce the number of incarcerated residents in the city and state. The moves align with Bragg’s promises on the campaign trail and are backed by evidence showing that reducing low-level prosecutions could lead to less crime, not more.

“These policy changes not only will, in and of themselves, make us safer; they also will free up prosecutorial resources to focus on violent crime,” Bragg wrote in the memo. “While my commitment to making incarceration a matter of last resort is immutable, the path to get there … will be informed by our discussions … and our work together in the weeks and months ahead.”

In addition to prosecuting fewer crimes, Bragg added the office would seek pre-trial detention in a small number of cases, including murder, homicide, violent felony offenses, and public corruption cases.

The Legal Aid Society said it “welcomes this memo as a substantive first step to reform an office that long resorted to making excessive bail requests and overcharging our clients.” Adding, “Meaningful reform demands that these newly announced policies become standard operating procedure officewide, and we urge judges to not stand in the way of these long overdue and necessary reforms.”

While many progressive politicians and residents praise the move, others, including law enforcement officials, fear the new policies’ effects on the borough.

Adams, a former New York Police officer who said he wants to reestablish solitary confinement, higher bail, and more incarceration, didn’t have much to say about Bragg’s memo.

“I have not communicated with the DA. I have not looked over and analyzed exactly what he is calling for,” Adams said. “We want everyone to get in the room and operate off of the same playbook. We can have the justice we deserve with the public safety we need.”

Adams added he wants to meet with lawmakers, district attorneys, and law enforcement so they all can get on the same page.