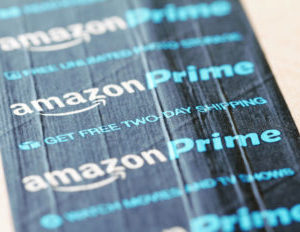 For the third straight year, Amazon will celebrate its loyal customers by kicking off a day of epic discounts. This year, Amazon’s Prime Day will start at 9 p.m. ET on Monday, July 10, and will run for 30 hours until 3 a.m. ET on July 12. During this time, Amazon’s more than 80 million Prime customers will be offered exclusive deals on hundreds of thousands of items.

“Our teams have been working for months to source exciting and interesting deals. Our fulfillment centers are loaded with products, our operations associates are ready and our transportation partners around the world are excitedly waiting for the first Prime Day order,” said Vice President of Amazon Prime Greg Greeley,  in a press release. “This Prime Day, our Prime members will find hundreds of thousands of deals on everything they’re into–from beauty fans, to bookworms and gamers, to gardeners.”

The deals will roll-out as often as every five minutes to Prime members, who are offered a number of perks year-round, like free same-day shipping and unlimited streaming of movies and TV programs for a $99 annual fee. Some of the deals include a 50% discount on an Amazon Echo for $89.99, 30% off of select Adidas apparel, and a 50% discount on select Callaway Golf products. In addition, the company will offer a variety of TV deals, including 25% off of select TCL smart TVs, starting at $119.99 for a 28-inch, and a 40-inch 1080p TCL TV for only $199.99.

“Prime Day 2016 marked Amazon’s biggest sales day in its history as orders increased by more than 60%,” reports CNN. It is expected to amass enormous sales this year as well.

Amazon created the one-day shopping event in 2015 as a way to show appreciation for Prime members, which spend five times more than regular Amazon shoppers.

Online shoppers can participate in the sales event by joining Prime or starting a free trial at www.amazon.com/primeday up until July 11.

Last month, it was announced that Amazon acquired the luxury grocery store chain Whole Foods. In addition to putting Amazon CEO Jeff Bezos one step closer to becoming the wealthiest person in the world, the acquisition is projected to give communities of color access to affordable, high-quality, fresh food.

Read more about Amazon’s takeover of Whole Foods, and the implications for black America’s health.