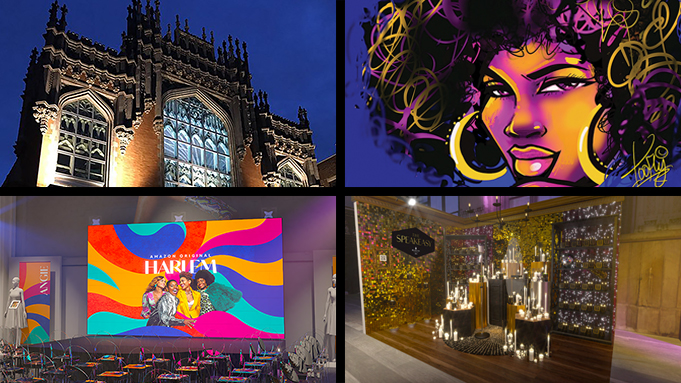 Amazon Prime has a new series on the way that has inspired the popular streaming platform to lean into the Black women-owned businesses in New York City’s famed city of Harlem.

As part of Harlem’s premiere, Prime Video is leaning heavily into Black female entrepreneurs based in Harlem and other neighboring NYC communities. A special activation will be held at Harlem Parish on Dec. 3 and 4 to promote the premiere of Harlem and a group of phenomenal Black women entrepreneurs primarily based in the neighborhood.

“What’s so unique about our activation for Harlem at Harlem Parish, is that we have been able to make this more than just a zeitgeist moment,” Ukonwa Ojo, Chief Marketing Officer, Prime Video & Amazon Studios told BLACK ENTERPRISE.

“In the spirit of the show, which is about pursuing your dreams, we are able to put the spotlight on a great group of Harlem’s Black female entrepreneurs who have pursued their dreams, are succeeding, and serve as great role models for all of us to aspire to. It’s an absolute privilege for us to be able to create such a moment that celebrates the community and women business owners.”

A team of experts will help mentor the next generation of Black women-led businesses while other activities during the two-day event include a dance party, an exercise class with Harlem Cycle, and a painting party session with Paint ‘N Pour. In addition to a panel on entrepreneurship, the Black, female-led brands will also have the opportunity to promote their businesses to potential consumers through the interactive weekend-long event.

“The most beneficial part of this experience is being valued from the start and having that value translated in a way where people can actually connect with us because we didn’t have to water ourselves down to commercialize our ourselves to fit a corporate mold of what it means to connect with black women,” said Jessica Spaulding, founder, and Asha Dixon, co-founder of Harlem Chocolate Factory.

“The Harlem Ever After team and working with Prime Video has set a standard of what it means to collaborate and now, we will expect and accept nothing less.”