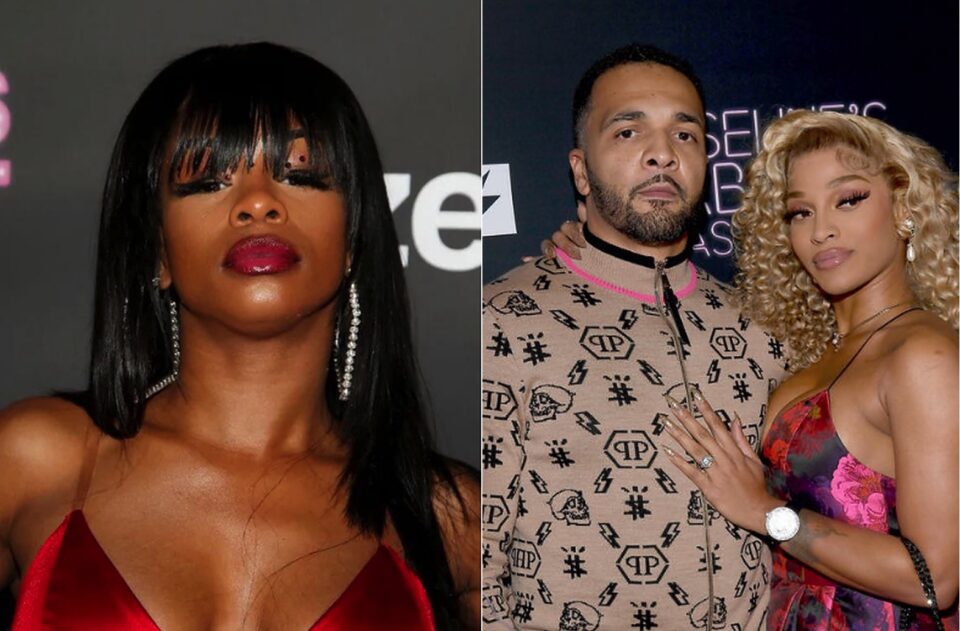 Amber Ali, a Joseline’s Cabaret dancer who lawyered up after an alleged brutal assault during a reunion special shoot back in March, has now dropped out of the $25 million lawsuit against attackers Joseline Hernandez and boyfriend Ballistic Beats.

Ali, along with Cabaret cast members Re Re O’Dell, Henny, and Lexi Blow, filed the hefty lawsuit in April for the ambush attack during the recording of the season two reunion special in Las Vegas.

In an Instagram story post on Tuesday, Ali wrote that she will no longer be pursuing legal action against the couple nor the network, and that she would let bygones be bygones.

“Thank you to all my fans that have my back!!” she wrote. “After deep thought, I am no longer seeking legal action against @thezeusnetwork Joseline or Ballistic for what took place at the reunion. I am putting this entire ordeal behind me. Thank you all for the support and understanding. I am in great health and great spirits, I am moving on with my life.”

As previously reported, the dancers claim the couple beat the women up together in an ambush as they walked onto set. While they wore high heels for the reunion taping, Hernandez and her man came equipped with hard-bottom boots and bum rushed them. Ali alleged that Hernandez fiercely kicked her in the ribs, another claimed she was grabbed by the neck and thrown to the ground and the third woman claimed she was dragged by her scalp and kicked in the back. Network security reportedly held the dancers back from fighting back so that the couple could “get their licks in,” said Ali.

Another cast member, Gaia Love, reportedly witnessed the brawl and said that Ballistic jumped in the fight after Ali appeared to be beating Hernandez.

Ali went on Instagram Live straight from her hospital bed to detail her injuries and recount what had just happened. Hernandez took to Twitter to further instigate the battered women and incriminate herself by bragging about the exact moves she served in the attack.

“I mortal kombat one h–, pimp slapped another one. Pushed one into last night’s episode. Kicked down a few on the ground. I slapped fire out of everyone on that stage. Me n my crew wait for it #joselinescabaretlasvegas,” she wrote in a now-deleted tweet.

After being discharged from the hospital, Ali said in an Instagram post, “I am so embarrassed, mortified, and depressed. I can’t stop replaying the events in my head over and over. Ballistic should be arrested! He and Joseline attacked me in front of cameras, crew, production and guests! This is wrong. I want justice. Please reach out to my attorneys with any questions. @kathyrabii_esq @joeblak_esq @ar_apc.”

#JoselinesCabaret cast member, #AmberAli, goes on Instagram live after leaving the emergency room and tearfully alleges that both #Joseline and #Balistic attacked, kicked and rushed her last night. pic.twitter.com/cMrTv34Mym

Although Ali is seemingly healed from the situation, the remaining three cast members have not bowed out of the lawsuit.

A statement by the Zeus Network read, “We appreciate @msamberali taking steps to resolve things and move forward peacefully. We look forward to maintaining a positive and healthy relationship with all involved.”