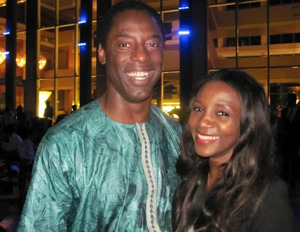 Nollywood, the colloquial term for the Nigerian video film industry, is the second largest film industry in the world. In terms of annual film productions, it’s currently ahead of the United States.

Under an exclusive distribution deal with AMC Theatres, “Doctor Bello,” a Nollywood movie produced and directed by Tony Abulu will show exclusively at AMC Theatres. This theatrical release marks the first ever in the U.S. for a film from the rapildly growing Nigerian film industry. AMC Theatres has agreed to open the film in more cities in a wider release if there is a strong turnout during the make-or-break first week of its release.

“Showing a Nollywood film in American theaters not only proves the cross-marketability of the industry, but it clearly demonstrates that there is a niche market here, and we are pleased to partner with AMC to fulfill its demand,” said Abulu.

“Having recognized Nollywood as a rapid growing industry, AMC is pleased to not only provide a platform for sharing more socially and culturally relevant stories, but to respond to the feedback from our diverse guest base,” said Nikkole Denson-Randolph, vice president of alternative and special content at AMC.