America Is Better Than This 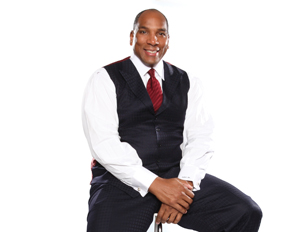 We see it everywhere from cable news channels to Twitter and Facebook. We saw it in the deadly gun violence that claimed 15 more lives in Chicago over the July Fourth weekend, and more recently in the confrontation between white-nationalist and neo-Nazi marchers and counterprotesters in the college town of Charlottesville, resulting in the murder of a young woman and dozens more injured.

Black Lives Matter versus Make America Great Again. Obama loyalists versus die-hard Trump supporters. The Left versus the Right versus the alt-right. “Real” citizens versus new immigrants. I could go on and on, but it all boils down to just one thing: American versus American.

Too many of us are hell-bent on speaking (and tweeting) our minds and asserting our positions, even if it means violating the constitutional rights of other Americans. Worse, we are increasingly resorting to ostracism, bullying, threats, isolation and intimidation in order to either silence the opposition or force them to our point of view—in effect, taking away the fundamental right of free speech. When we choose sides, draw lines in the sand, and declare each other the enemy, we become a bigger threat to our national security than any foreign terrorist.

We, as a nation, are better than this. We have to be, if we are to survive and thrive. Simply put, in the words of Abraham Lincoln, “A house divided against itself cannot stand.” The stubborn divisions and hardened positions of too many Americans, and especially our elected leaders, has placed our nation in greater peril than perhaps at any time since the Civil War. Our unity as a nation is being threatened not by our inability to agree, but by our stubborn and counterproductive refusal to find compromise.

Our right to differ is part of the foundation of America and protected by our Constitution. However, our right to our respective beliefs comes with a responsibility to listen to our opposition and work toward the compromise that is the vital life-force of American progress. Too many of us, from the White House and Capitol Hill to the campuses of our colleges and universities, refuse to even listen to the views and concerns of the other side, much less work toward resolutions that will allow us to move forward. And many other Americans have dropped out of civic engagement altogether, and thus are complicit in their silence.

The American experiment only works when we use our diversity—of experiences and cultures, beliefs and views—to our advantage, via innovation, collaboration, and yes, a willingness to consider the possibility that our way is not the only way to move forward.  Yes, we have a right to assert and defend our respective positions, but that right is meaningless if we refuse to acknowledge that of others to assert and defend theirs, or worse, we make it dangerous to disagree.

As long as we insist on choosing sides (and forcing everyone else to do so as well), we will never resolve the critical challenges we face. Not only will we not make progress—on healthcare, race relations, gun violence, immigration, economic inequality, education and so many other critical issues—we will regress, and sink deeper into crisis as a nation.

The biggest threat our Union has ever faced did not come from without, but from within, in the form of a bloody and costly Civil War. We’ve overcome every crisis since then (despite peering into the abyss more than once) by turning to the framework of American unity, civil liberties and shared values to bridge our divisions, break through gridlock and move forward as a nation.

We need do it again, now. Our engagement in small, even micro-aggressive, civil conflicts—with no room for compromise—has the potential to be just as devastating to America as the War Between the States.

America is better than this. It’s time for us—all of us—to prove it.

Earl Graves Jr. is the President and CEO of Black Enterprise.