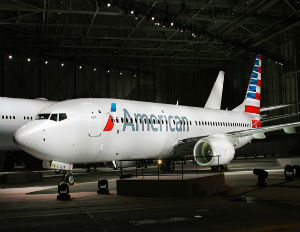 American Airlines recently announced that they would be rewarding its travelers who pay top dollar for first and business class with extra mileage up to 24,000 additional miles roundtrip. According to the airline press release, “Beginning Jan. 1, American will reward customers that are members of either the AAdvantage or Dividend Miles programs with bonus miles for purchased First or Business Class tickets on all eligible flights marketed or operated by American or US Airways.” Eligible flights for AAdvantage members include all AA and US-marketed and operated flights and AA or US-marketed, partner-operated flights, including British Airways, Iberia, Finnair, Japan Airlines and Qantas.

In addition to base mileage, American Airlines is also offering bonus mileage and elite class of service depending on the flyer’s status and length of flight. Flyers do not have to register, as all bonus miles will be automatically added to members’ accounts after the eligible flight is complete.

American Airlines’ new mileage promotion program makes them the only major airline company in the coming 2015 who willÂ reward customers’ loyalty up to three times: “that’s miles for the distance you fly, the fare you buy and your elite status.” The promotion starts January 1 and ends December 31, 2015.