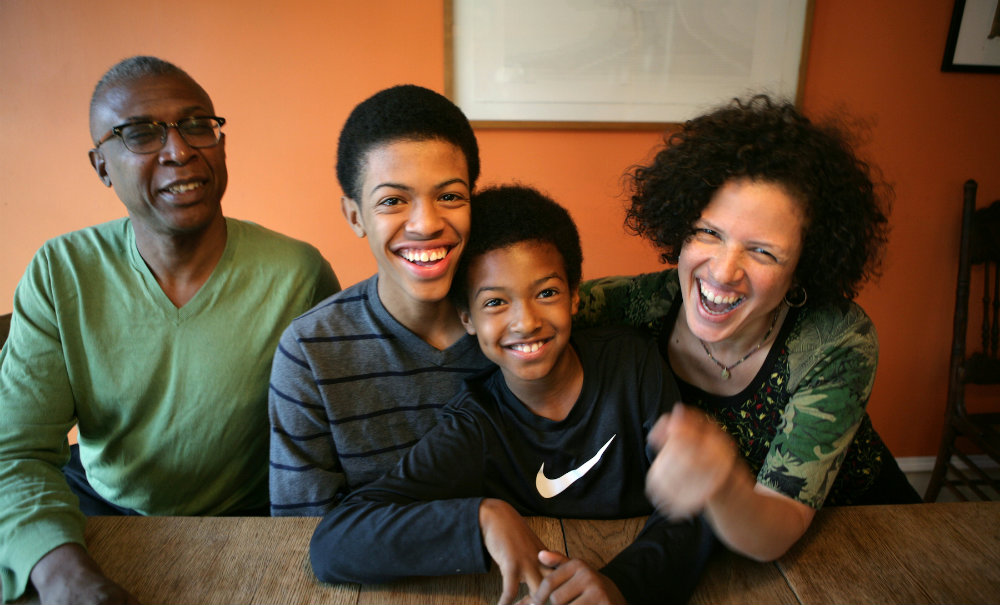 The documentary spans 13 years as Joe Brewster and Michèle Stephenson (shown above left with their two sons), a married couple in Brooklyn, New York, turn the cameras on their son Idris and his friend Seun after the two boys are accepted to The Dalton School, one of the most prestigious private schools in the country. Chronicling the boys’ divergent paths from kindergarten through high school graduation from Dalton, this provocative, intimate documentary exposes complicated truths about American society and its relationship to black male achievement, while exploring broader issues of race, class, and opportunity.

Major institutions, from United Way to the Open Society Foundations, have used American Promise to elevate their work on black male achievement. Numerous tools have also been developed to contribute to increased awareness and change in the black male achievement sector, including the book, Promises Kept: Raising Black Boys to Succeed in School and in Life (Winner of the NAACP Image Award for Outstanding Literary Work); Promise Clubs, a national network of parenting support groups and classroom discussion guides for youth, parents, and educators (in collaboration with Teaching Tolerance, a project of the Southern Poverty Law Center).

The National Black Programming Consortium was the film’s first funder in 2006.