'American Race': Charles Barkley Reveals Why He Made the Show 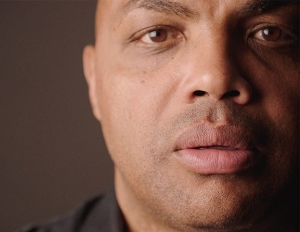 Last week, Charles Barkley, the executive producer and host of the new TNT series American Race, sat down with a handful of local activists, who had beenÂ featured guests of the show, in a sneak preview of the program.

In American Race, Barkley tours the country to explore the issue of race from different perspectives, to engage diverse Americans inÂ dialogue that aims toÂ build a sense of mutual understanding.

“It’s a hard show,” Barkley said. “I needed aÂ beer after every interview.”

Despite the bumpy ride, Barkley felt that the show about race relations needed to be made. Here, he tells why:

Barkley, a Sports Emmy winner and a member of the Broadcasting & Cable Hall of Fame, also joked that friends asked if he was nuts for taking on such a difficult and controversial topic, when he could have chosen to produce anything.

Here’s what the former NBA All-Star and current host of Inside the NBA on TNT said was the motivation behind his decision:

The conversation, which took place at the Paley Center in New York City on May 4, was moderated by Bakari Sellers, CNN commentator, and former South Carolina state representative.Â Also on hand to share their experiences while filming Â American Race were:

A two-night event, the four-part series will air on broadcast May 11 and May 12. However, subscribersÂ can watch currently watch the series viaÂ video on demandÂ or the TNT app.