Half of Americans Canâ€™t Get Through Holidays without Smartphones 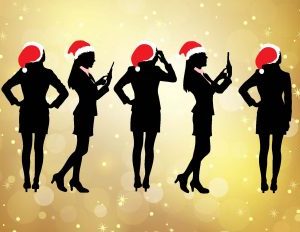 Oh, how addicted we’ve become. In what some may see as being in complete opposition to the meaning of the holiday season–spending face time with friends and family–a new report reveals that nearly half of Americans say they can’t make it through the holidays without their smartphone close at hand. The report data is from a survey conducted by KRC Research for Straight Talk Wireless, which offers prepaid wireless plans.

There is an abundance of recent studies evidencing just how dependent most peoples are on their smartphones–not just during the holidays, but all year round.

A study from Bank of America on consumer mobile trends reveals that 29% of users feel anxious without their smartphones. That percentage jumps to 39% for those between the ages of 18 and 24. Many of those in this age range also feel “boredâ€ without their phones, at 43%.

Phones can also cause silence at the holiday dinner table. The Bank of America study found that 25% of all Americans use their phones to deliberately avoid conversation at a holiday gathering. Millennials are even more prone to using a mobile device to thwart socializing, with 40% admitting they use their phones to avoid small talk at holiday festivities.

The same report found that 63% of smartphone owners will take lots of pictures during the holidays with their phones. From the survey, most of those will be selfies. Selfies reign supreme among all age groups, with 50% of seniors snapping selfies, 61% of baby boomers, and 93% of millennials.