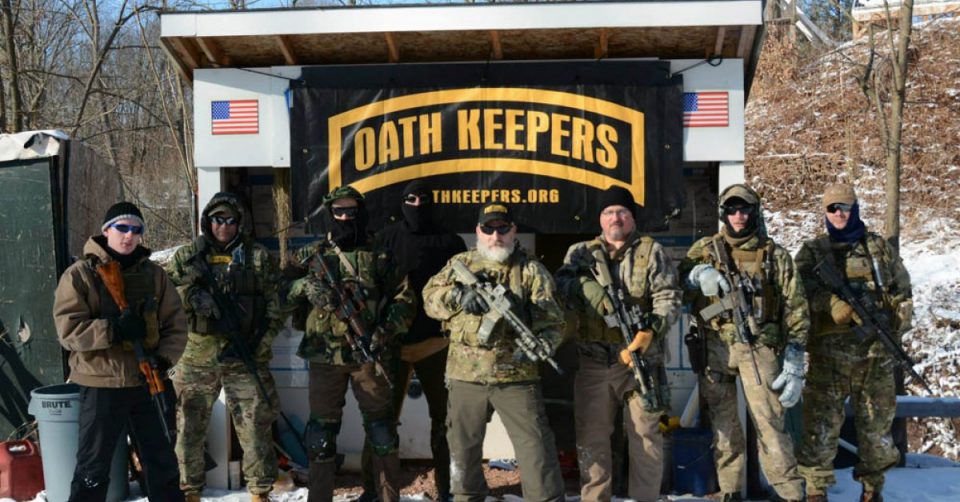 The leader of the Oath Keepers, America’s largest far-right, anti-government militia organization, said the group will not recognize President-elect Joe Biden as the next president.

The group claims its members number in the thousands and includes current and former military members, police officers, and first responders. The Oath Keepers were one of a number of militia groups to attend the Million Maga March last weekend in support of outgoing President Donald Trump.

Stewart Rhodes, the founder of the group, told The Independent his group isn’t the only one saying Biden is not their president.

“I think about half this country won’t recognize Biden as legitimate. They won’t recognize this election,” said Rhodes, a former Ron Paul staffer and Yale Law School graduate. “What that means is that everything that comes out of his mouth will be considered not of any force or effect, anything he signs into law we won’t recognize as legitimate. We’ll be very much like the founding fathers. We’ll end up nullifying and resisting.”

Had a brief discussion with Stewart Rhodes, founder of the far right Oath Keepers militia, about alleged voter fraud. He says he won’t recognise Biden as president and will resist enforcement of any law he passes. pic.twitter.com/DAbAMqsbE2

Militia groups such as the Oath Keepers and the Proud Boys have embraced President Trump and the majority of his bogus claims of election fraud and Democrats stealing the election. Since Biden was widely projected to be the winner, many militia groups have taken to the streets in Republican-led states to express their frustrations.

The Oath Keepers also had armed members patrol the streets of Ferguson, Missouri, after the police shooting of Michael Brown and were at numerous anti-government and anti-quarantine marches throughout the year.

While many militia groups are still holding on to the thought of a Trump reelection, judges are throwing his cases out left and right, former members of Trump’s own cabinet are beginning to turn on him, and even some Wall Street giants are embracing four years of stability under Biden, even if it comes with more restrictions than the record-setting highs and lows of the Trump administration.

Militia groups have been in existence years before President Trump got into politics, but they have embraced Trump’s brash personality, negative attitude toward the media, and lack of the truth. Trump meanwhile has embraced militia groups as they make up the majority of his supporters and are willing to blindly follow him.

During his time in office Trump has been called out for racist statements numerous times, but while these instances have disgusted his opposition, his supporters and even other Republicans have embraced them.