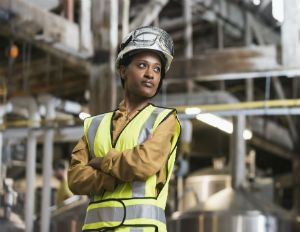 I was recently watching a documentary about San Francisco. One of the people profiled was a 60-year-old unemployed male, who had been out of work since The Recession.

This gentleman, who once made a very comfortable living in the financial services sector, now lives in a small and broken down single-room apartment, and gets most of his meals from food kitchens.

The documentary highlighted how the surge in upper-income residents to San Francisco, and the wealth the tech industry has brought into the city, is squeezing middle-income residents, prompting many to leave town.

This San Francisco story is consistent with recent data from Pew Research that found from 2000 to 2014, the share of adults living in middle-income households fell in 203 of the 229 U.S. metropolitan areas — a level that could foretell the end of the middle class as the majority in this country.

What’s interesting is like the man from San Francisco, the shrinking middle class is as much a story about increasing fortunes as it is one of economic misfortune.

“The shifting economic fortunes of localities were not an either/or proposition: Some 108 metropolitan areas experienced growth in both the lower- and upper-income tiers,â€ say study researchers.

Case in point: Goldsboro, North Carolina and Midland, Texas. According to Pew data, in Goldsboro, an old railroad junction town and home to Seymour Johnson Air Force Base, the share of adults who are middle income fell from 60% in 2000 to 48% in 2014.

“The national trend is clear–the middle class is losing ground as a share of the population, and its share of aggregate U.S. household income is also declining. But, as the trends in Goldsboro and Midland demonstrate, similar changes in the size of the middle class could reflect very different economic circumstances and reactions at the local level,â€ say researchers.

As we draw closer to the presidential election, the middle-class squeeze, and the spotlight it puts on growing income inequality in the United States, are sure to be a topic of serious debate.

Click here to find out if your household demographics and location make you part of America’s shrinking middle class.

Safeguard Your Startup Sanity and Success