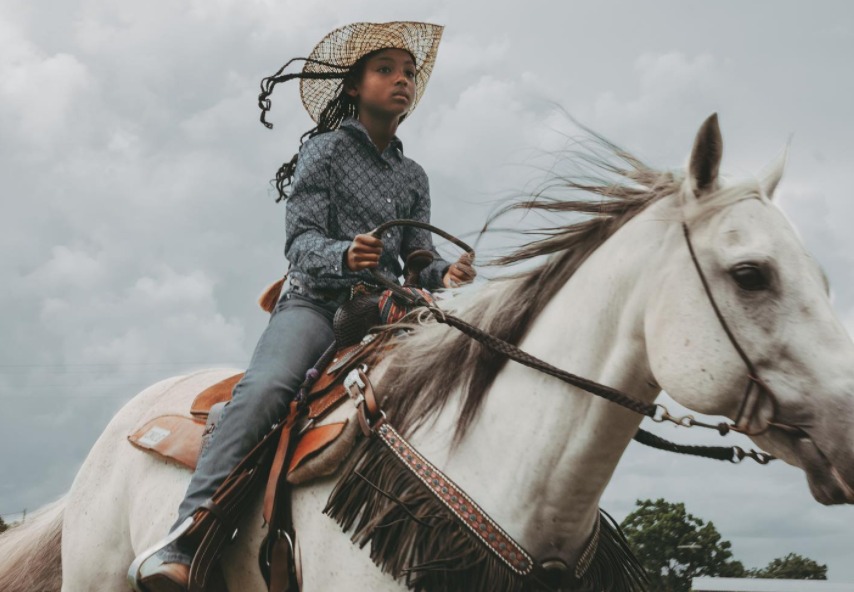 An 11-year-old girl named Kortnee Solomon sprinkled her magic, as she wrangled cows while competing in the first televised Black rodeo, which was held in Las Vegas, according to The Undefeated.

Her journey to become a cowgirl began at the age of five, upon participating in the Bill Pickett Invitational Rodeo—which is the U.S.’s oldest Black-owned rodeo circuit—according to its site.

Solomon shared her love for the sport and how she preps herself before each competition.

“Before I run, I like to be by myself and to think about what I am going to do in that run,” Solomon said to The Undefeated before she competed in a roping competition.

In my latest for @TheUndefeated, photographer Ivan McClellan goes behind the scenes with 11-year-old Kortnee Solomon as she prepared for “The Bill Pickett Invitational Rodeo Showdown in Vegas”—the first ever televised Black rodeo which aired on Juneteenth: https://t.co/418WVWVtOz

The rodeo rider hails from a family of Black cowboys and cowgirls, per COWGIRL Magazine.

She’s a Texan cowgirl who is the fourth generation in her family to be part of the horse industry. Her mother, Kanesha Jackson, is a well-known rodeo champion on the circuit. Kortnee’s father, Cory Solomon, is a professional tie-down roper. Kortnee’s grandmother, Stephanie Haynes, is an invitational champion and Bill Pickett Invitational Rodeo board member. Sedgwick Haynes, Kortnee’s late grandfather, was the Bill Pickett Invitational Rodeo’s general manager.

The  Undefeated also explained that the rodeo’s CEO—Valeria Cunningham— “is the only Black female owner of a rodeo.” The Bill Pickett Invitational Rodeo’s purpose is tied to commemorating Black Cowboys and Cowgirls, in addition to also acknowledging the significant contributions they made in “building the west.” Cunningham told The Undefeated that the diverse audience wanted to witness the historic invitational that was held on Juneteenth.

“Everybody felt that no matter what color they were, they were part of this moment together as one — and that it just felt good. This was a dream come true. We are going to continue to celebrate our culture because it’s ours and nobody can take that away from us,” Cunningham said.

Solomon was a part of history, too. Despite her participation in a male-dominated, adult sport, Jackson helps her daughter to build pieces of a normal life as a child.

“I want Kortnee to live through her own purpose. She loves horses, but she also does dance, gymnastics, cheerleading, and basketball. I want her to experience everything, so she doesn’t feel like she missed out during her childhood,” told COWGIRL Magazine.