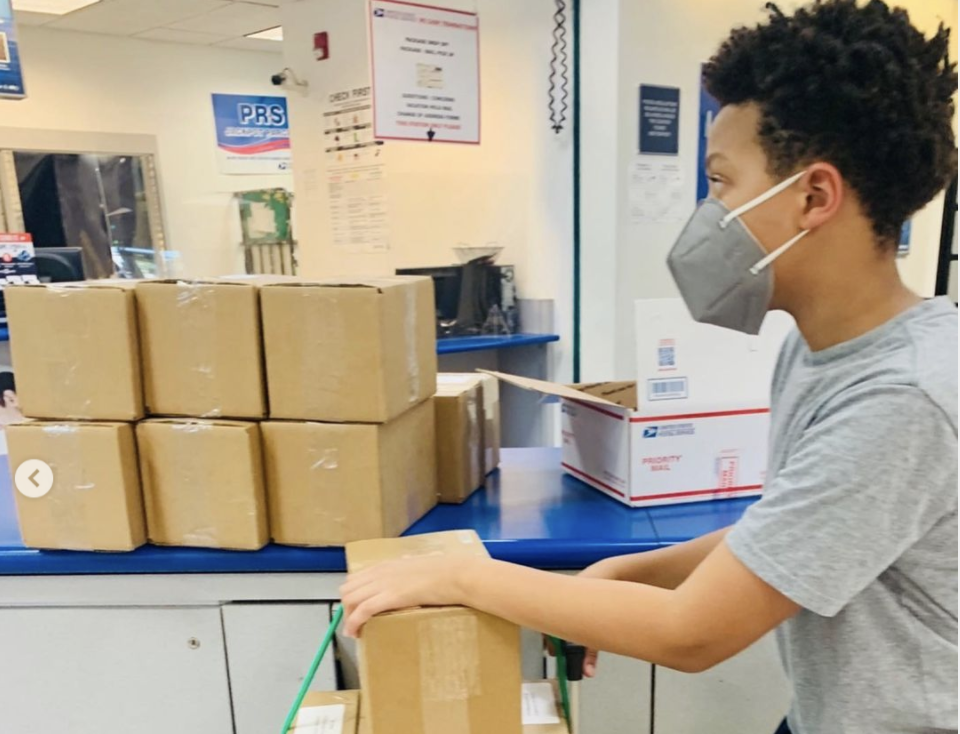 Hart Wilson is a young, bustling entrepreneur at the tender age of 11. According to Because of Them We Can, the prepubescent tween launched his scented candle line, Candles From The Hart, to pay for his education at the school of his dreams- Howard University.

Hart created the aromatic wax lights after going to the prestigious historically-black university at the age of six. The youngster fell in love with the school and earned money to pay for his tuition.

The Texas tween implemented a plan and fundraised through selling his candles last year.

“I got on the internet and saw that people were making different things to sell and earn money, and I settled on candles,” Wilson told the publication.

“My parents and I watched YouTube videos and started experimenting with making candles, and we figured it all out, and that’s when it all started,” he confessed.

Wilson created a store on Etsy and started selling his candles.

Candles From The Hart offers a plethora of fragrances like Guava Fresca, Tranquil Sea and Cashmere Plum (a scent he created to honor Alzheimer’s Awareness Month.) He also has a line of wax melts and car fragrances.

Customers can find Wilson’s luminary delights in local stores in his hometown of Pearland, Texas, Chicago and Houston.

Candles From The Hart even caught the eyes of some big-name celebrities including, the New Orleans Pelicans basketball team, Inda Craig-Galvan, a television writer for ABC’s “How To Get Away With Murder,” actress Keena Ferguson from Tyler Perry’s “Sistas” and “Queen Sugar” actress Tracey Bonner.

Although Wilson’s candle company is flourishing, his main objective is to pay for his education at Howard University.