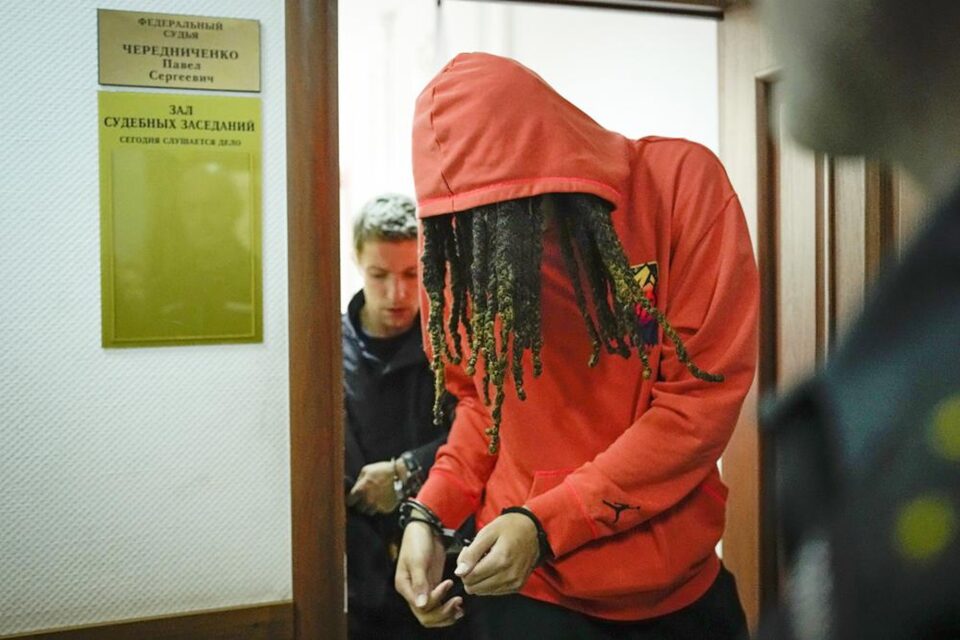 Alexander Boykov, lawyer for Brittney Griner, revealed after a court appearance on Friday, that a month has been added to the Olympic gold-medalist’s pretrial detention in Moscow, reports the Associated Press.

Griner appeared for a brief hearing handcuffed, in a Khimki courtroom just outside Moscow, and photographed for the first time since her mugshot was released in early March. Donning an orange hoodie, her dreadlocks covered her face, her head bowed down from cameras.

“We did not receive any complaints about the detention conditions from our client,” Boykov said.

Griner has been under Russian custody for nearly three months, since before the start of the Russian-Ukrainian war.

According to Boykov, the case would soon reach trial after this extension.

However, that same day, Russian news agency TASS published an article stating that the U.S. is in talks of exchaning Russian businessman Viktor Bout, who is held on charges for financing terrorism, for Griner, per a source in the Public Monitoring Commission, the Russian outlet said.

Federal U.S. officials told ESPN that they were skeptical about the report, presumably a tactic used to pressure the government.

“Timing is one of the most important factors I look for; it’s one of the clearest ways we can glean intentions in a negotiation,” said Dani Gilbert, an assistant professor of military and strategic studies at the U.S. Air Force Academy. “The fact that they would make that statement at the same time doesn’t seem like coincidence. It’s consistent with how these negotiations have typically gone.

“We honestly don’t know if this is good or bad news. It could mean buying time to work out a swift deal for her release, or it could mean more complications put on the table.”

On May 3, the U.S. Department of State determined that Griner is being “wrongfully detained by the Russian government.” This change in status proposed a more immediate pursuit of her release by the Biden administration.

U.S. representatives, the WNBA, and Griner’s wife Cherelle Griner have tirelessly called for her release since February without avail.

U.S. State Department spokesperson Ned Price confirmed that U.S. Ambassador John Sullivan conducted a meeting with Russian officials, but no details were given concerning Griner or her case.