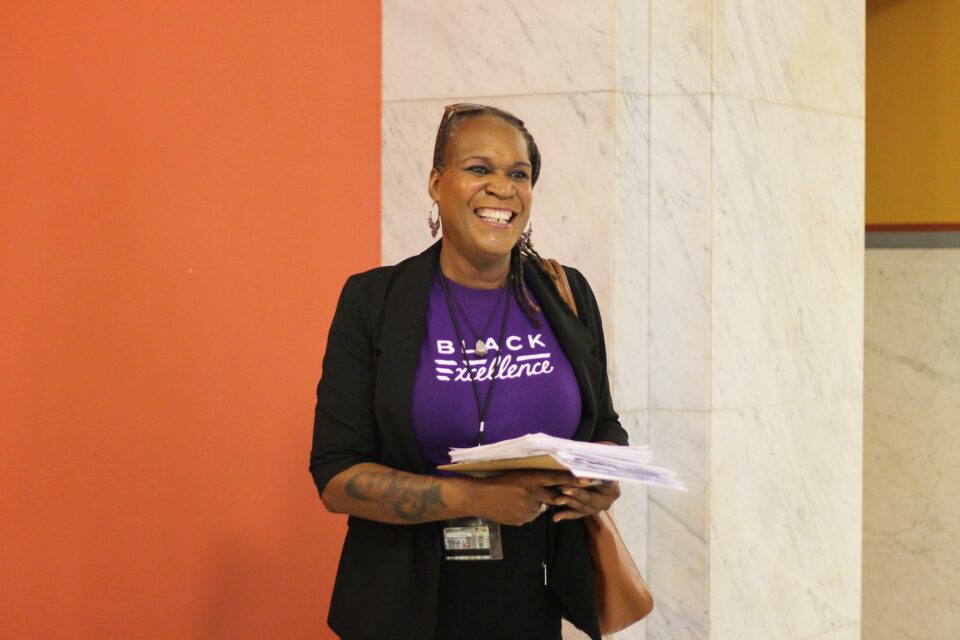 Minneapolis Council member Andrea Jenkins, a Black transgender woman, made national history for the second time after being elected Monday as the first transgender official in the United States to lead a city council. (Image: Twitter/@TheHill)

Jenkins, who previously served as the council’s vice president, received a unanimous vote from the Minneapolis City Council. She was also a notable figure in 2020 after the death of George Floyd, which she called a “symbol for a knee on the neck of Black America.”

The Democrat told NBC News she hopes to help bridge gaps in her community as city council president.

“I hope that it serves as inspiration for other trans and gender-nonconforming people,” she told NBC News. “My vision for this council and for the city of Minneapolis is that we come together and begin the really significant work of healing after our city has been rocked by the murder of George Floyd and so many other Black and brown people who have lost their lives at the hands of the state.”

Jenkins added as city council president, she will fight for added accountability within the Minneapolis Police Department and tackle issues such as affordable housing, public safety, and healthcare. The council president received degrees in creative writing and community economic development from Hamline University and Southern New Hampshire University and spent almost a decade as a policy aide for Minneapolis.

Jenkins represents a slew of LGBTQ+ members that are jumping into politics.

According to the LGBTQ Victory Fund, there are currently more than 1,000 LGBTQ elected officials across the U.S.

According to the Human Rights Campaign (HRC), at least 51 transgender or non-gender conforming people were fatally shot or killed by other violent means in 2021. That’s a jump from 44 in 2019.

The HRC praised Jenkins on her victory, calling her a dedicated and tireless advocate.

“The whole of Minneapolis will benefit from the leadership that Councilor Jenkins has delivered since she was first elected in 2017,” JoDee Winterhof, the HRC’s senior vice president of policy and political affairs, said in a statement.

“Councilor Jenkins’s reputation as a tireless advocate, her dedication to public service, and her efficacy in fighting on behalf of those on the margins of society have been recognized and reaffirmed by her peers on the council. We look forward to continuing to work with City Council President Jenkins in the years to come.”