The Case of Andrew Bynum vs. Racist Neighbors? 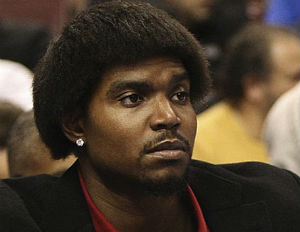 Philadelphia 76ers center Andrew Bynum is embroiled in a nasty legal fight with his former neighbors in Westchester, California.

Bynum lived next door to the Beckett family when he was a Los Angeles Laker. He filed suit against them on June 1. In court documents Bynum claims he was “harassed” by Ramond and Cindy Beckett, “who object” to his “profession, his race, his friends, his cars, and his taste in music.”

The Becketts countersued Bynum writing, “Andrew Bynum is a great basketball player and a terribleÂ neighbor who presumes that being an NBA All Star entitles him to party like a rock star in the otherwise quiet Westchester neighborhood where he lives.”