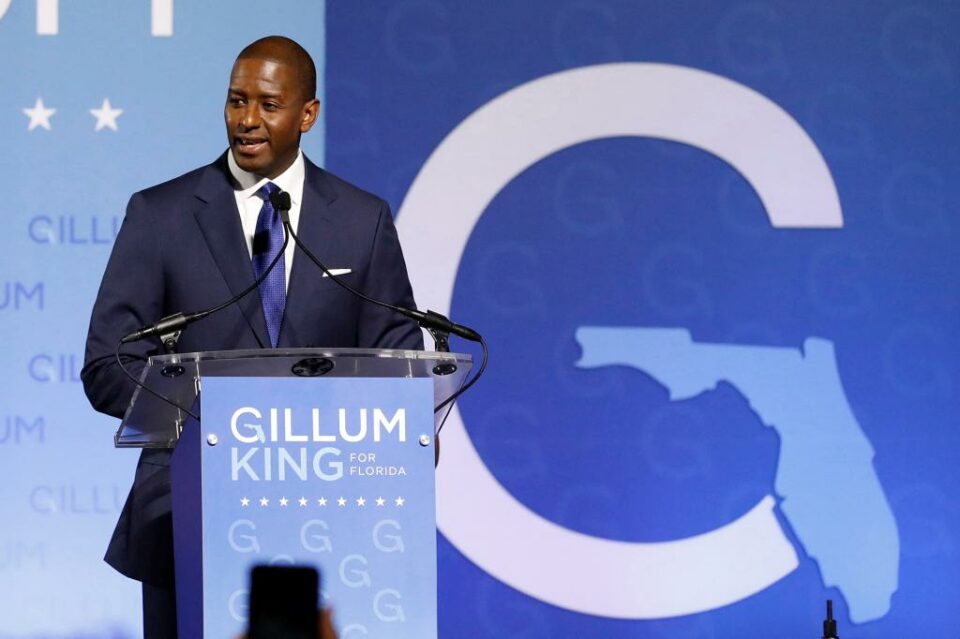 Andrew Gillum, a Florida Democrat who narrowly lost the 2018 gubernatorial election to Gov. Ron DeSantis, was hit with a 21-count federal indictment Wednesday.

NBC News reports that Gillum, the former mayor of Tallahassee, was charged with his mentor, Sharon Lettman-Hicks, for fraudulently fundraising from “various entities” between 2016 and 2019, according to a release from the Justice Department.

According to the Justice Department, Gillum and Lettman-Hicks allegedly diverted some of the money to a company controlled by Lettman-Hicks, who then disguised the funds as payroll payments to Gillum. Both have been charged with wire fraud, related conspiracy charges, and making false statements.

Across social media, many have noted the irony of Gillium being charged while former President Donald Trump has not, despite extensive evidence of his questionable tax forms, investigations into his business empire led by New York Attorney General Letitia James, and the Jan. 6 Commission currently laying out its case against the former president.

Gillum proclaimed his innocence in a statement, saying the case was more political than legal.

“I have spent the last 20 years of my life in public service and continue to fight for the people,” Gillum said. “Every campaign I’ve run has been done with integrity. Make no mistake that this case is not legal; it is political. Throughout my career, I have always stood up for the people of Florida and have spoken truth to power. There’s been a target on my back ever since I was the mayor of Tallahassee. They found nothing then, and I have full confidence that my legal team will prove my innocence now.

This is the first time Gillum has made headlines since early 2020, when the father of three was listed in a police report detailing an alleged overdose inside a Miami Beach hotel room. Aldo Mejias, who rented the room, told police when he entered the room, he discovered Gillum vomiting in the bathroom and another man, Travis Dyson, having trouble breathing.

Mejias added Dyson started vomiting on a bed, which prompted him to call the police. Gillum, who did not speak to police at the time, said in a statement that he was vomiting in the room after having too much to drink at a wedding and later admitted to abusing alcohol to cope with his loss to DeSantis.