Angel Rich Is The Game Changing Founder Of The Wealth Factory 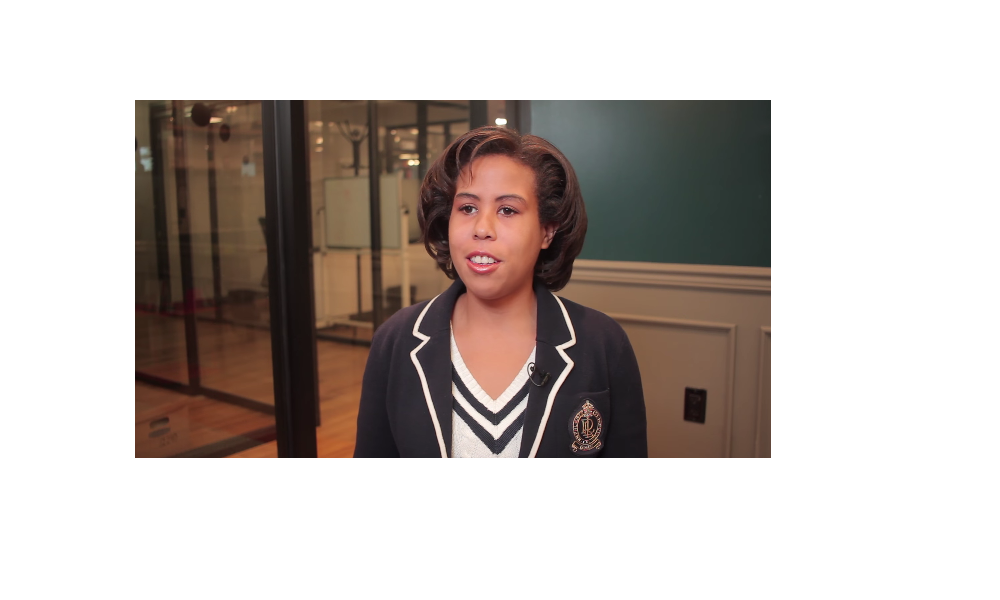 Rich, along with co-founder Courtney Keen, started out with an online game called Credit Stacker. It simulates a credit reporting and scoring system to help students better understand how to use credit wisely. The program also allows teachers to create custom learning experiences for each student. They have since turned it into a mobile app. TheÂ  goal is to release the next 15 levels of Credit Stacker, and implement it seamlessly into everyday life.

The Wealth Factory was named the ninth best ed-tech company of 2015, by the National Alliance of Public Charter Schools.Â  It won a $10,000 small business grant from Industrial Bank, the oldest and largest African American-owned commercial bank in the metropolitan Washington, D.C. region. Earlier this year, it also snagged a $10,000 grant from the JPMorgan Chase, to further develop its financial literacy mobile apps. In addition, The Wealth Factory was the $10,000 People’s Choice winner at the 43North business pitch competition this fall.

A Rich Background in Finance and Tech

Rich was raised in Kingman Park, Washington, D.C. to a family that worked in life insurance sales. The Hampton University graduate studied at the University of International Business and Economics in Beijing. In 2009, Forbes recognized Rich for winning Prudential’s National Case competition and selling her groundbreaking gen-Y marketing plan. As a global market research analyst for Prudential, Rich has conducted over 70 financial behavior modification studies. Rich resigned to start The Wealth Factory as part of the Startup Weekend NEXT pilot cohort, under the author of Startup’s Owner’s Manual, Bob Dorf, in January 2013.

Today, The Wealth Factory’s mobile game is available on Google Play and Apple, having received 23,000 downloads since its launch in July. It’s available in four languages and in 40 countries. The app is free, but Rich says that the revenue model is to generate money on the back-end from advertisers in addition to contracts, including one with the Department of Health and Human Services. The Wealth Factory is also the official financial literacy tech partner company of the D.C. Department of Insurance, Securities, and Banking.

“While I keep up to date with the current mobile games in the market,we are financial planners. I started my career with PNC in their wealth management group, where I oversaw $300 million. I also spent time in the charter school network, creating andÂ  implementing curriculum,” says Autumn Leatham, chief strategy officer.

Leatham says the gaming aspect came about because, “We realized [that] kids today live on their phones.”Â  So, this became a way for kids to “learn something and have fun, at the same time.”