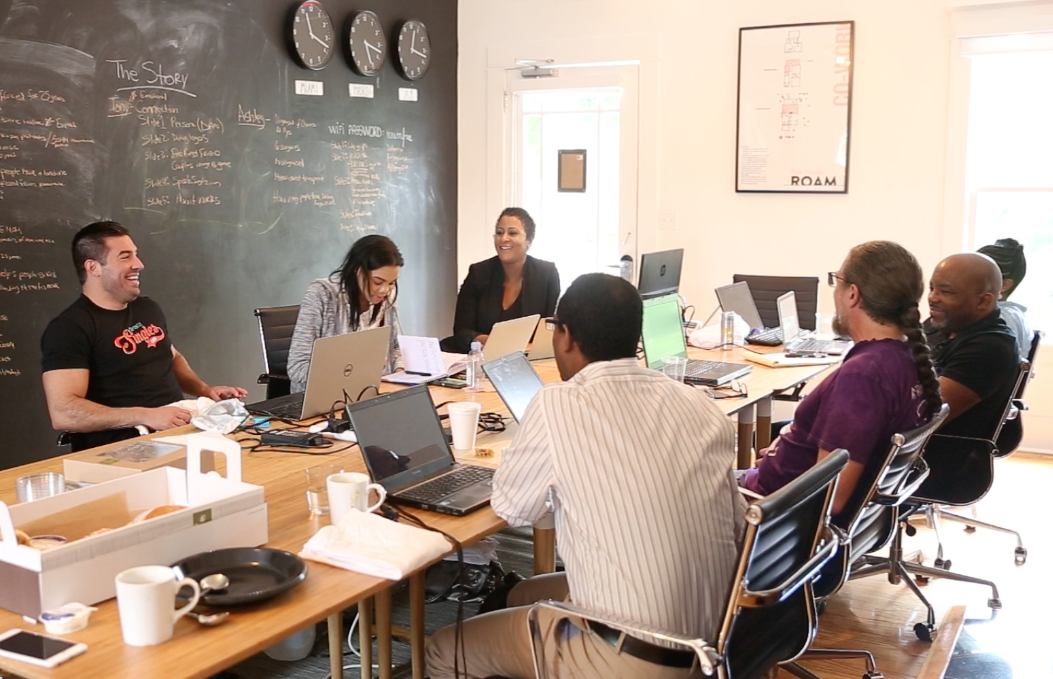 Angela Benton, the founder of the NewMe Accelerator, has been going strong in the Silicon Valley world of startups since 2011 and felt it was time for a change.

When Benton started the accelerator, it was a response to not seeing any diversity in the industry and not seeing entrepreneurs of color who had raised venture capital funding. Well, fast forward several years later. Benton has helped several cohorts of entrepreneurs raise north of $25 million but she felt that there was not only a need for a new business model but, a need for a new home.

“Our model originally was a 12-week accelerator model that was residential. People lived and worked together. We had about two cohorts a year, one in the spring, one in the fall and we had about eight people per cohort. On any given year, we could only work with a max of 16 entrepreneurs,â€ said Benton.

“Our model now is a one-week accelerator model that we blend with other types of mentorship and advice. When you’re working with minority founders, most folks have a 9-to-5 job so the 12-week model really was not the best model for minority entrepreneurs. Folks could not drop everything and move to Silicon Valley for three months.â€

Having a one-week accelerator model blended without an equity stake has proven to be a great direction for Benton.

Entrepreneurs at various stages can apply to join NewMe, and if they get accepted, pay a fee to work with the accelerator. “It basically allows them to grow and develop at their own pace instead of having to grow at the pace of an investor, which is not something that all folks are ready for and to be honest and quite frank, it’s not something that all folks necessarily want to achieve,â€ said Benton.

With her new business model, Benton felt that it was time to provide other entrepreneurs with the same opportunities that she had afforded minorities in Silicon Valley so she uprooted her operation and moved it to Miami.

“We started doing events out here in 2012 and of the events that we’d done, Miami always had the attendance, so it was a natural fit.â€ Benton has had a long-standing partnership with the Knight Foundation, who has provided a grant for the accelerator to take up residence in the city.

If you are a minority entrepreneur in the city of Miami looking for guidance from a Silicon Valley vet, you can apply by registering on the NewMe website.