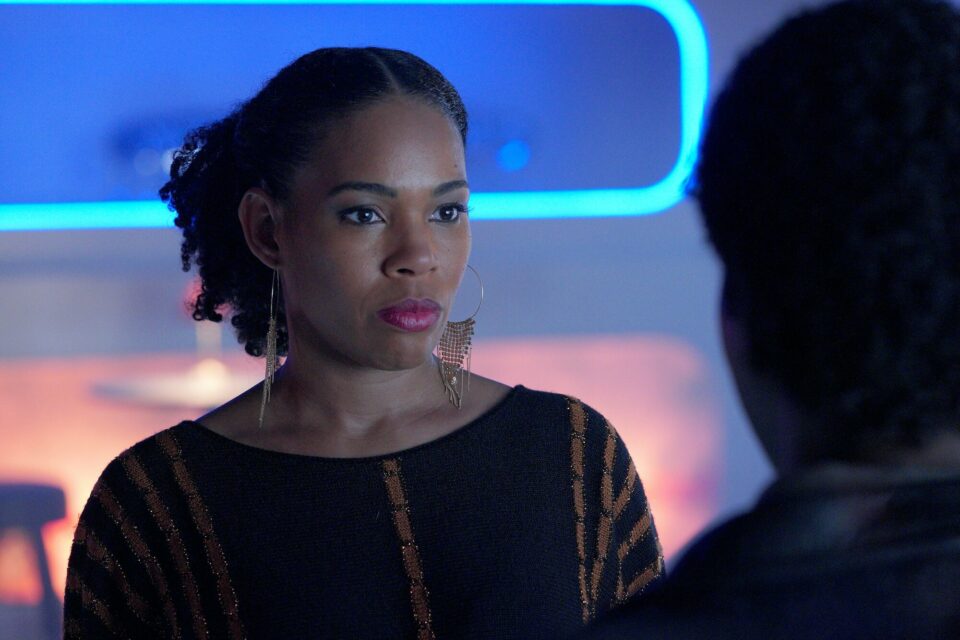 FX’s hit crime drama series “Snowfall” is back for another season following the explosive end of season 4 and actress Angela Lewis is dishing on the season 5 plot.

Carrying on the legacy and vision of the late Academy Award-nominated writer and director John Singleton, “Snowfall” follows the story of Franklin Saint, the leader of a family-run drug operation.

Season 4 ended with Aunt Louie getting shot and deciding that she and her husband, Uncle Jerome, are ready to take the empire over themselves.

Speaking with BLACK ENTERPRISE about the new season, Lewis teased what viewers can expect from her character.

“We’re dealing with the fact that they’re all making so much money and it is creating more problems,” Lewis said. “And those problems put a strain on the on the family dynamic.”

“Snowfall” is set in Los Angeles during the crack epidemic of the 1980s. After seeing how much power her nephew gained in the short time he’s been selling the drug, Aunt Louie is ready to get her piece of the pie.

“Louis is really stepping forward, you know, as a leader, and she is not taking no for an answer,” Lewis said.

“And she is also fighting for her relationship with Jerome with the two of them when things are good, it’s also good. And when they clash, it’s, you know, it’s like, rams.”

“I think that we’re gonna see them fighting for their individual dreams to come to fruition and still be able to find each other in all of that. That’s powerful.”

Born and raised in Detroit, Michigan, Lewis credits her drive and success to the city of Detroit and the public-school education she received attending Cass Tech High School. She received a degree in Theater Performing at the University of Michigan, and soon after moved to New York City to pursue her acting career.

After a few roles in off-Broadway stage plays, Lewis landed her first television role on the HBO critically acclaimed drama series “The Big C” as the role of Laura Linney’s nurse. Now living in LA with her husband and young daughter, Lewis spends her free time giving back to causes she’s passionate about.

Currently, Lewis is working to raise awareness of the Black maternal health crisis and breaking stigmas around the resources available to expecting mothers.

“There are just too many of us who are dying, and unnecessarily and after having giving birth to my child, I realized I was just welcomed into this world of beauty and simultaneous trauma,” she said noting it was “another space where Black women are traumatized and left out of the pool of resources that are available to us to women.”

Tune in to “Snowfall” when it premieres on FX on Wednesday, February 23.