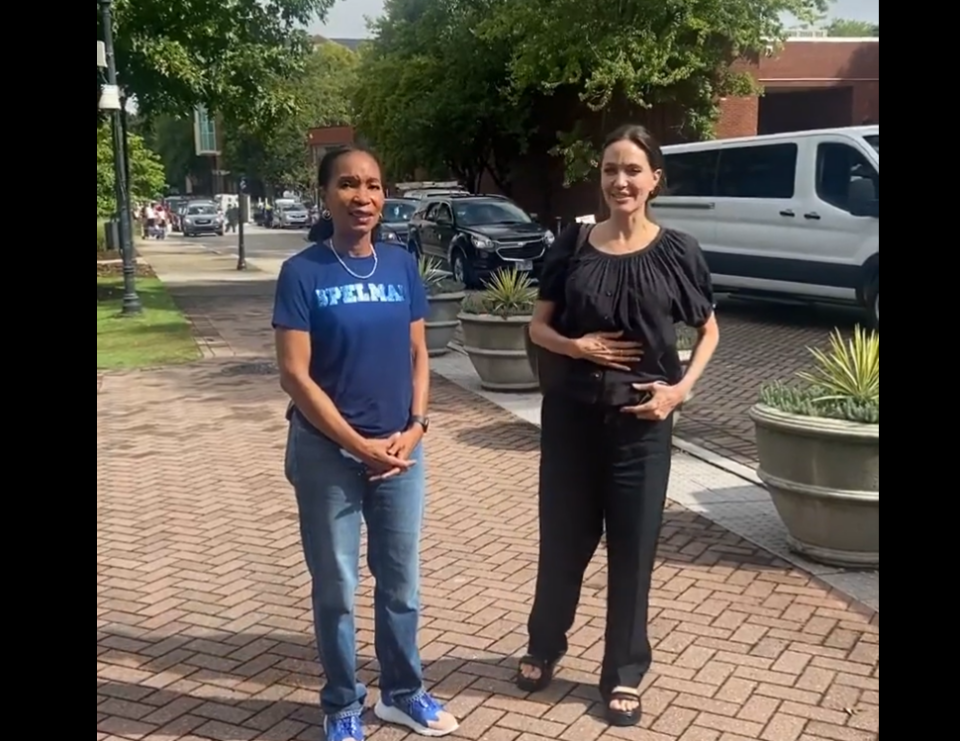 Angelina Jolie is officially a Spelman mother now that her daughter, Zahara Jolie-Pitt, whom she shares with her former husband Brad Pitt, has begun her freshman year at the revered historically Black college, according to People.

Jolie is seen in a video clip shared on Twitter, fighting back tears as she stands next to Spelman’s president Dr. Helene Gayle as she drops off Zahara on Spelman College’s move-in day.

🎥 moving in day! Doesn’t you all feel emotional just by looking at Angelina Jolie! Her baby is going to college! 🥺🥺

Spelman mom saying how does it feel! 🥺 pic.twitter.com/v9UKGuKspU

In the video, Vice President for Student Affairs, Darryl Holloman (off-camera), asks the Oscar winner how she feels being a “Spelman mom?”

An emotional Jolie responds, “I’m gonna start crying! I have not started crying yet.”

Dr. Gayle tries to provide levity, telling a teary Jolie there will be “plenty of time to cry” at the official convocation ceremony and adds, “this ceremony is [to] purposely induce [tears]— bring it all out,” People reports.

“I heard tomorrow night’s the big night,” Jolie says between chuckles. “I’m holding it together.”

Earlier in August, Jolie announced that Zahara had chosen to attend Spelman College in the fall.

“Zahara with her Spelman sisters!” the actor wrote with the picture on Instagram of her daughter flanked by her Spelman peers, according to People.

“Congratulations to all new students starting this year,” she added, honoring the students of the all-women college located in Atlanta. “A very special place and an honor to have a family member as a new Spelman girl.”

As previously reported by BLACK ENTERPRISE, Jolie made headlines when she joined in the electric slide with future students of Spelman and Morehouse during the college send-off event in Los Angeles.