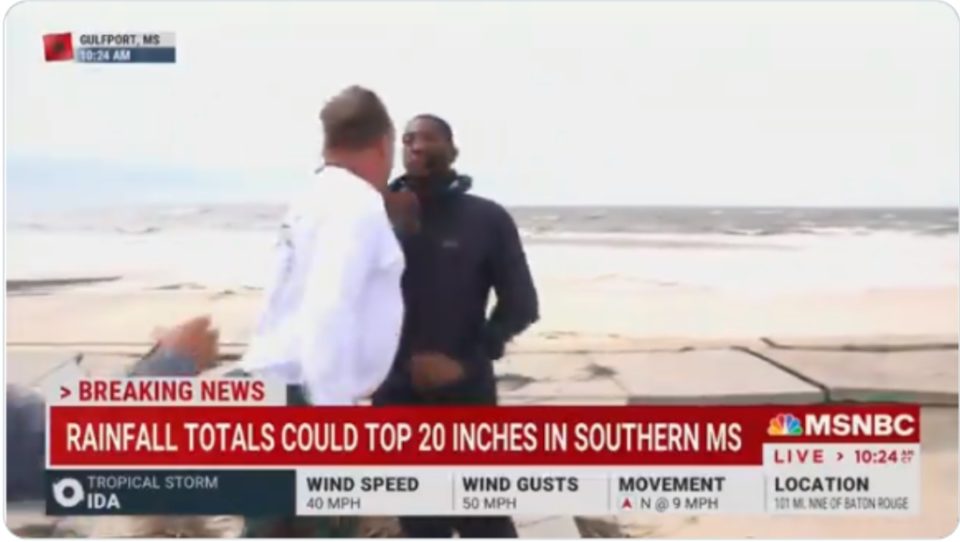 A Black reporter was accosted as he was doing a live report on the aftermath of Hurricane Ida down in Gulfport, Mississippi.

According to Insider, an NBC News reporter who was live on the air reporting from the shore in Gulfport, Mississippi, was approached very angrily by a white man who jumped out of his pickup truck to confront the reporter and the crew.

As Shaquille Brewster is speaking on air, he notices the white man rushing up to him and his crew. You can’t really hear what he is shouting about or the purpose for his tirade, but Brewster continues his report until he is distracted by the white man as he comes in the frame and says something specific to the reporter.

Deadline also reported that as Brewster informed host Craig Melvin that he is “going to turn this way because we deal with some people every once in a while,” you see the man get in Brewster’s face. That’s when the shot went to focus on Melvin, and he stated, “Hey, hey, hey, hey! We’re going to check back in with Shaq Brewster just to make sure all is well. There’s a lot of crazy out there. A lot of crazy.”

Some guy jumps out of a pickup truck and angrily confronts Brewster’s crew, prompting a shaken Craig Melvin to express extreme concern for his colleague. pic.twitter.com/v1tYnUsqTj

Melvin did come back to reassure viewers that Brewster and crew were OK after the wacky incident.

MSNBC President Rashida Jones released a written statement about the incident, “Shaq Brewster is an exceptional journalist. Like the consummate professional, he did not let someone intimidate him from doing his job. We’re glad he and the team are safe, and we couldn’t be more proud and supportive of their work.”

Brewster also took to Twitter to let everyone know that “The team and I are good!”

Appreciate the concern guys. The team and I are all good!