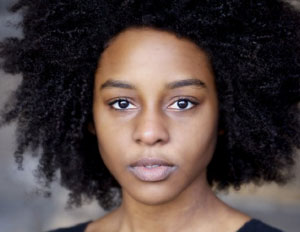 According to The Huffington Post, another black actress has been added to the cast of the next “Star Wars” movie. Crystal Clarke, a virtually unknown, will be seen in her first feature film, “The Moon and the Sun,â€ sometime in 2015. It was also announced that Pip Andersen has joined the cast as well.

Lucasfilm President Kathleen Kennedy stated, “The ‘Star Wars’ universe has always been about discovering and nurturing young talent, and in casting ‘Episode VII,’ we wanted to remain absolutely faithful to this tradition. We are delighted that so many traveled to see us at the open casting calls and that we have been able to make Crystal and Pip a part of the film.”