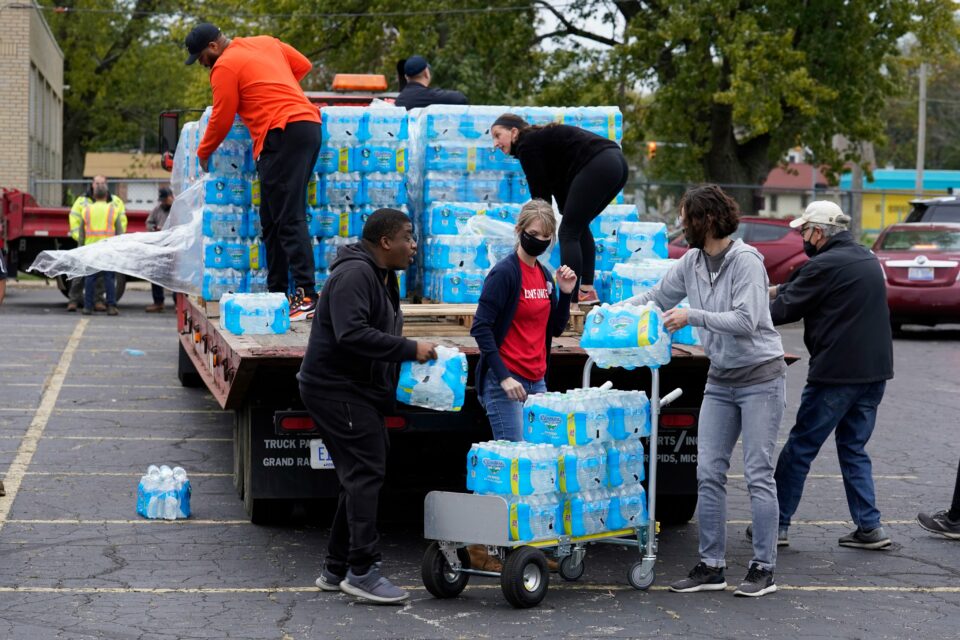 Residents of a Black-majority Michigan town are waiting up to hours for bottled water after the state told people to stop using taps. (Image: Twitter/@AJPlus)

Benton Harbor, MI, has been dealing with a water crisis over the last three years that’s considered worse than the Flint Crisis.

During the last three years, Michigan and city officials have sent out notices, distributed filters, and tried to improve water treatment because of the high levels of lead in the city’s tap water.

However, little has improved and some Benton Harbor residents told the New York Times they never heard about the toxic water entering their homes.

Now, just like in Flint, Benton Harbor residents have been told not to cook, drink, or brush their teeth with tap water and are forced to wait in long car lines for free bottled water.

“It’s horrible to watch, to see my city like this,” Rosetta Valentine, 63, told the Times while she directed traffic at a water distribution site.

While Flint’s crisis was the result of a change in its water source in 2014, Benton Harbor’s situation is the result of outdated infrastructure where thousands of homes are connected to the water system through lead pipes. Efforts to decrease lead readings using corrosion controls have not worked and now officials are worried that lead-removing filters given to residents since 2109 also do not work.

The lead issues in Michigan are examples of a national infrastructure issue. In addition to the Great Lake State, dangerous quantities of lead have been found in Chicago, Pittsburgh, and West Virginia as local agencies are struggling to update and modernize water treatment facilities and replace lead service lines connecting homes to water systems.

President Joe Biden has made replacing lead pipes a priority and his infrastructure bill allocates $55 billion to improve water systems. However, no one knows if the bill will actually pass and, if it passes, officials are concerned about how much money will actually make it to the Michigan town of less than 10,000 people.

Many in Benton Harbor, including Rev. Edward Pinkney, are pointing the finger at Michigan Governor Gretchen Witmer and are wondering if the problem would’ve been solved already if Benton harbor’s residents were White.

“Sometimes you just have to call out racism, and that’s what it feels like,” Ambie Bell, told the Associated Press.

The Environmental Protection Agency identified a wide range of violations at Benton Harbor’s water facility. According to the AP, the violations were so significant, EPA inspectors recommended the city consider forfeiting ownership.

“The people of Benton Harbor have suffered for too long,” EPA Administrator Michael Regan said in a statement.