Another One: Celebrity Doppelganger Spotted In Brooklyn, This Time It's Cardi B 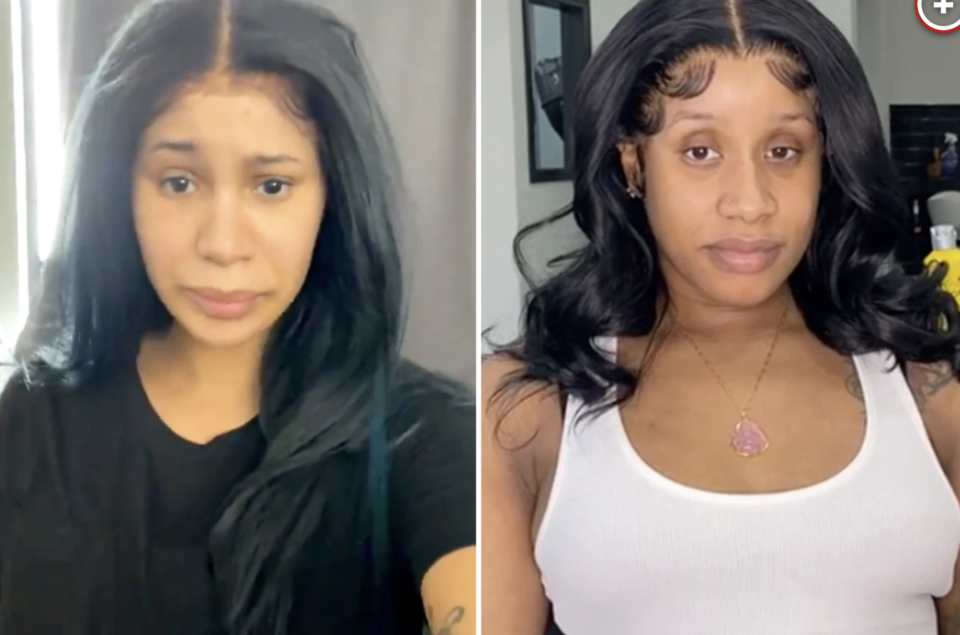 First, there was John Cena’s twin, Jamal. Then, there was the Rock’s law enforcement twin in Alabama. Now, there’s Ashley, who has an uncanny resemblance to “WAP” rapper Cardi B.

On August 12, Brooklyn-based hairstylist Claudelande shared a TikTok video of her doppelganger client, Ashley, donning a Cardi-esque wig with baby hairs, a white tank, Gucci bag and jeans stunting to the rapper’s hit single “Up.”

♬ Up (Instrumental) – Cardi B

The video eventually made its way to Black Twitter, where the reactions were equally funny.

One Twitter wrote,​​ “I’ve never seen someone look SO MUCH like someone else and not be related to them… Wtf?!?!!!”

i’ve never seen someone look SO MUCH like someone else and not be related to them…. wtf?!?!!! pic.twitter.com/LoMhNI8oRS

Another Twitter user wasn’t trying to hear that wasn’t Cardi.

So Wait… You Telling Me This Not Cardi B??? pic.twitter.com/EXDZrI5ctL

Someone else even found Cardi’s “abuela.”

No they’re for sure sisters and this is their grandma: pic.twitter.com/YcwTOG0Aee

And one Twitter was ready to risk it all and cash in on the rapper’s fame.

A person like me would’ve made her put on a mask and then thank Cardi b for booking pic.twitter.com/lKcnwOzsRl

Nah because how she look like no makeup Belcalis @iamcardib explain this please pic.twitter.com/55eMBzkIP6

Ashley told Allure that she’s been getting the comparison since Cardi’s breakout in 2015. She takes it all in stride.

“Everywhere I go, [I hear] ‘she looks like Cardi B.’ They’ll say it under their breath, and I’ll hear it,” she says.

“I literally try to look every time somebody says it, but I don’t see it.”

Nonetheless, the young woman feels honored by the comparison.