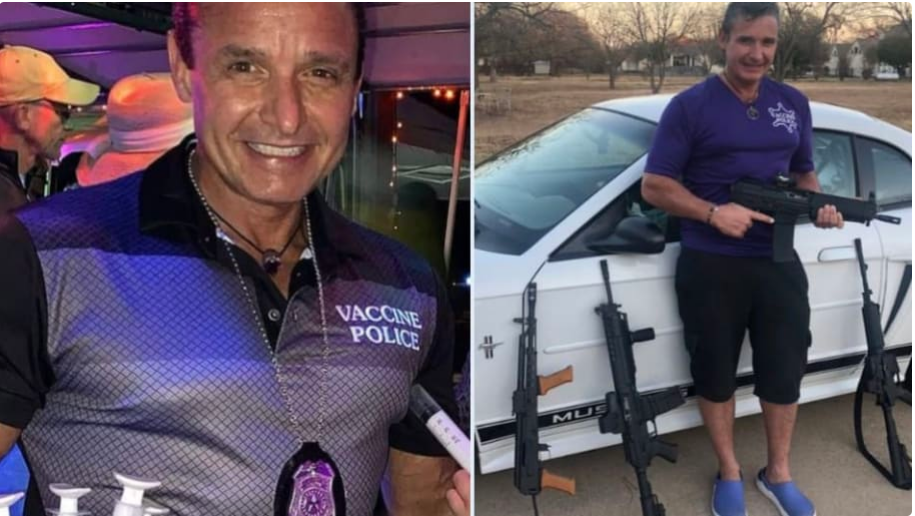 On Monday, the term “urine” was trending on social media because a proud anti-vaxxer told his followers to drink their own pee to avoid contracting COVID-19.

Christopher Key, the leader of “Vaccine Police,” an anti-vaccine group, uploaded a Telegram video telling his followers about his new urine therapy to combat COVID, The Daily Beast reports. He posted the video after being released from jail on trespassing charges.

“The antidote that we have seen now, and we have tons and tons of research, is urine therapy,” he said in the video. “OK, and I know to a lot of you this sounds crazy, but guys, God’s given us everything we need.”

Key claimed the bizarre theory had been used for “centuries” while arguing against receiving the COVID vaccine.

“This has been around for centuries,” he added. “When I tell you this, please take it with a grain of salt.”

He acknowledged that people might think his COVID repellant treatment is “cray cray.”

“Now drink urine!” Key continued. “This vaccine is the worst bioweapon I have ever seen. I drink my own urine!”

When contacted to defend his claims, Key says his “urine therapy” is an effective tool to avoid catching COVID-19 instead of the “foolish” people who received the vaccine, which has proven safe and effective.

“I’ve been drinking my own urine for the past 23 years, and I’m still alive,” he continued.

Key admitted that he is not a medical professional and isn’t necessarily advising anyone to drink their urine, but let everyone know that he drinks his, Indy 100 reports.

Key has faced criminal charges for aggressively expressing his anti-vax sentiments. In August, Key was accused of entering a Missouri Walmart and telling store pharmacists that they would be “executed” if they kept administering vaccines, Insider reports.

Just last week, Key went on a “road trip” across the US to try and arrest Louisiana Democratic Gov. John Bel Edwards, possibly over his vaccine mandates.

According to reports, many African Americans are skeptical about getting the COVID-19 vaccine, and it doesn’t help that there remains the story of a troubling history of unsuspecting Black men who were part of the Tuskegee experiment and suffered greatly at the hands of a horrific governmental experiment.

For that reason and more, Blacks are hesitant to embrace the idea of getting vaccinated because of distrust with the government, but drinking urine certainly isn’t the answer.