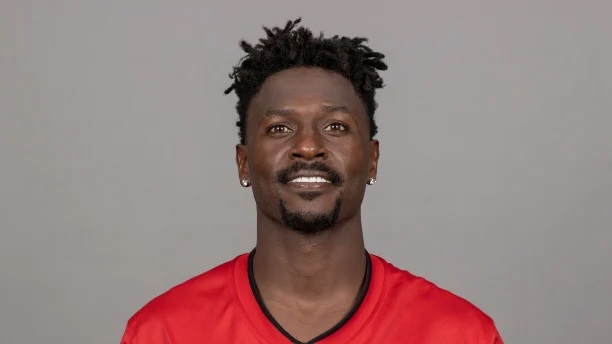 NFL wide receiver Antonio Brown, formerly of the Tampa Bay Buccaneers, has added another twist to his never-ending saga of troubles.

In a recent interview, Brown revealed that the team offered him $200,000 to go to a mental health instituion in an attempt to make the Buccaneers “look like they know what they’re talking about.”

If you missed it, earlier this month Brown left the Buccaneers’ game against the New York Jets without his shirt or shoulder pads before his team pulled out a victory at MetLife Stadium in New Jersey.

According to Sporting News, the temperamental Super Bowl winner appeared on a recent episode of HBO’s Real Sports with Bryant Gumbel along , along with his attorney Sean Burstyn, to discuss his release from the Buccaneers team.

In the episode, Brown said that the Bucs weren’t being honest about the last interaction he had on the football field. The team said that the reason Brown had an outburst on the field is that he was complaining to head coach Bruce Arians about not getting even passes thrown to him.

Brown claimed that he told the team about a foot injury that wasn’t completely healed and Arians rejected that diagnosis. Of course, that wasn’t the biggest revelation in the interview.

“These guys at the Tampa Bay Bucs tried to make an agreement with me to give me $200,000 to go to the crazy house so these guys could look like they know what they’re talking about,” Brown said. “These guys are unprofessional, they treated me wrong.”

His attorney chimed in about the incident as well.

“We actually have in the medical records that we’ve reviewed, evidence that the team regularly injected Antonio with Toradol so he couldn’t feel the damage he was doing to his ankle until it got to that threshold point where he told his coach I can’t play and the coach’s response was ‘Get the F— off the field,'” Burstyn said.

The attorney has added, “We were specifically told, in writing, by the general manager [Jason Licht], ‘don’t spin this any other way.’ To the extent any of that is coming from the spin that Antonio had a spontaneous mental episode–it’s resentful, it’s hurtful and it’s a disservice to people who do suffer from mental health challenges.”