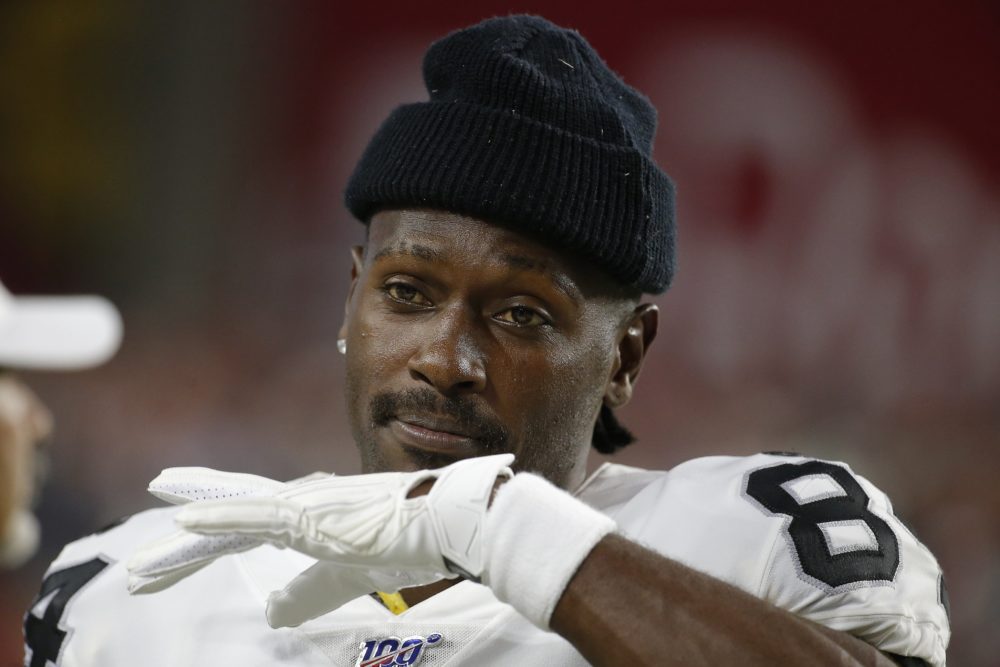 Every year, a sports record gets broken in the NFL and this year, Antonio Brown has already broken one. According to ESPN, Brown is set to file a record-setting total of nine grievances and appeals against the National Football League.

After a tumultuous pre-season and lasting only one game at the start of the current NFL season, Brown is filing nine appeals and grievances as he tries to recoup as much of the more than $61 million that he believes is owed to him. He was signed and released by both the New England Patriots and the Los Angeles Raiders within a month due to bad behavior.

Brown was traded from the Pittsburgh Steelers to the Oakland Raiders in March, and he signed a three-year $50 million deal. The Raiders released Brown before the start of the official football season after several missteps and a training camp full of distractions. After the Raiders voided his contract, the free agent then agreed to sign a deal with the Patriots

Below are the items he has filed to still receive:

On Sept. 22, the football player took to Twitter to air out one of his many grievances as he vowed to never play in the NFL again.

Will not be playing in the @NFL anymore these owners can cancel deals do whatever they want at anytime we will see if the @NFLPA hold them accountable sad they can just void guarantees anytime going on 40m 2 months will see if they pay up !

If the NFL does decide to suspend Brown, which is probable, he could appeal that, which would make him the first player in NFL history to have nine separate appeals produced in one season.

On Aug. 9, while still an Oakland Raider, he filed a grievance to continue wearing a banned helmet—an appeal he lost. He then found another helmet to use, which was also banned. He filed a second grievance regarding the second helmet on Aug. 19, but, again, lost his appeal. On Sept. 4, Brown was fined a combined $54,000 by the Raider’s general manager Mike Mayock due to unexcused absences and missing two team practice sessions. On Sept. 7, Brown demanded to be released from his contract after the Raiders voided the guaranteed money, which was due to kick in several hours later.

After the Raiders gave him his release (the Raiders also fined Brown $215,000 due to his altercation with Mayock); he was picked up by the New England Patriots right before allegations of sexual misconduct were levied at Brown. On Sept. 20, following further allegations, he allegedly sent one of his accusers intimidating text messages and Brown was then cut by the Patriots.