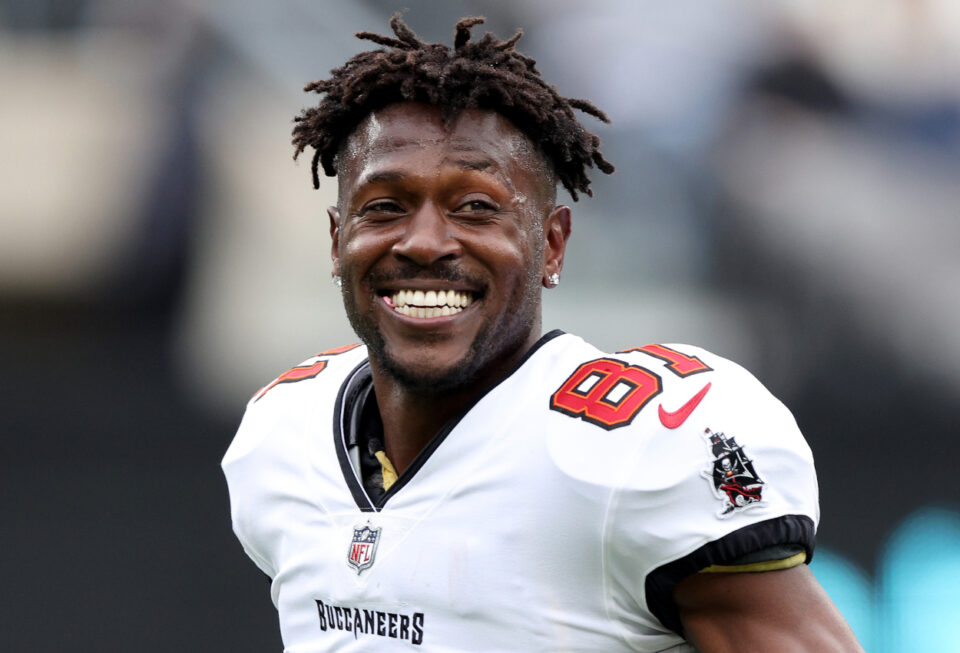 Antonio Brown warms before his last game with the Tampa Bay Buccaneers in January 2022. (Photo by Elsa/Getty Images)

Antonio Brown has created enough headlines within the past year alone, but the latest one may stick in the minds of both football and music fans

At his last NFL game at MetLife Stadium against the New York Jets, Brown jogged off the field topless after being taken out of the game. Immediately after, he released a hip-hop song and video. Although Brown hasn’t officially retired from the NFL, he has already made post-football moves, including working alongside Kanye West as the president of Donda Sports.

But no one could have anticipated what transpired this past weekend in Miami at Saturday night’s Rolling Loud festival. The event, which bills itself as the largest hip-hop festival in the world, featured Nicki Minaj, A$AP Rocky, Future, Pusha T, Lil Baby, Busta Rhymes, Fivio Foreign, and many others from Friday to Sunday.

Not only were fans at Rolling Loud shocked, but the way Brown strutted across the stage as he performed quickly became something to laugh about.

The former Tampa Bay Buccaneer came out of a giant-sized football wearing what appeared to be a complete red leather outfit from the Eddie Murphy Party All The Time Collection. As he started his song, Brown strutted across the stage, waving both his index fingers side to side across his chest. This was probably the moment Black Twitter took to their keyboards and let it fly

Moms : Show em that lil dance you be doin
Me pic.twitter.com/AmePUoci3H

Why tf is bro wearing a prison suit and those gotta be the worst pants of all time pic.twitter.com/zB1Er3w5d5