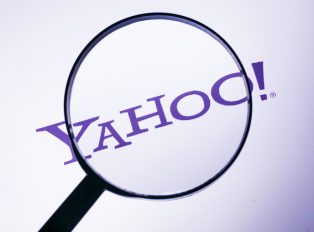 Verizon Communications Inc., owner of AOL and Yahoo, which it bought last year for over $4 billion, will combine both into a single entity called “Oath.â€Â

According to a report from Yahoo Finance, combining AOL and Yahoo will result in a new entity with more than 20 brands reaching more than a billion consumers.

“In the summer of 2017, you can bet we will be launching one of the most disruptive brand companies in digital,â€ AOL said in a statement to Yahoo Finance.

Various outlets are reporting that Yahoo CEO Marissa Meyer will step down from her role as Yahoo CEO. Verizon’s executive vice president and president of product innovation and new businesses, Marni Walden will lead the new combined company.

Walden, a powerful female telecommunications executive, was a key figure in persuading Verizon to buy Yahoo, according to this report from Recode.

Before Verizon acquired Yahoo, Yahoo had been in a downward spiral; struggling in recent years, though it was one of the pioneering internet company success stories.

After pressure from shareholders, Marissa Mayer was brought in as CEO in 2012. She was heralded as the person to inject new lifeblood into the company.

Instead, with Mayer at the helm, Yahoo has generated negatives news and controversies. It suffered a $4.4 billion loss in its 2016 fourth quarter earnings. Subsequently, 1700 employees were let go and five Yahoo offices around the world were shuttered.

Mayer has been the subject of criticism since she began her tenure at Yahoo as CEO. One of her first actions as the boss was to ban employees from working from home, while she had a nursery built in her office for her then-expected child.

In 2015, a lavish Wizard of the Oz-themed holiday party caused some side-eyeing as it was reported that the estimated $70,000 price tag for the event left a bad impression on employees.

Meanwhile, the Twitterverse was not silent about the name “Oathâ€ for the new entity:

Verizon is rebranding Yahoo and AOL as ‘Oath’. Add MySpace and this would be the most advance internet company ever

I just let out an #oath at reading this https://t.co/ufvyXSMpjL

Kids Are Going to School Too Young, Studies Show

From Brooklyn to Hollywood: Tracy “Twinkie” Byrd Makes Directorial Debut in “The Counter 1960”

FacebookTwitterYoutube
← Kids Are Going to School Too Young, Studies Show ← From Brooklyn to Hollywood: Tracy “Twinkie” Byrd Makes Directorial Debut in “The Counter 1960”
×