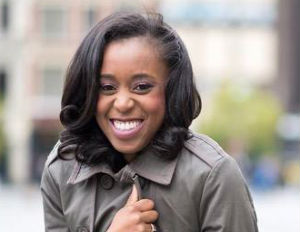 There have been ongoing programs and initiatives set in place to close the STEM gender gap. Men dominate the field, and black women in particular are few and far in between the numbers. But things are changing, and young women like Maci Peterson make us very optimistic about the future.

Maci is the brainiac behindÂ On Second Thought. The cleverly named innovation is an app that lets you take back text messages before the content is delivered to the receiving party. This app isÂ aÂ prayer answered to every college student who’s accidentally hit “send” to their moms and not their BFFs after a late Friday night/early Saturday morning.

BlackEnterprise.com caught up with the young innovator and former Spelman student to get all the details behind On Second Thought, her marketing and financing strategy for the new business, and how we can attract more girls of color to STEM. Read on.

So tell us exactly how On Second Thought works, and share some of the app’s cool features.

On Second Thought is very easy to use. After downloading the app from the Google Play Store, you go to the app’s settings, set On Second Thought as your default SMS appÂ and determine the length of your “grace period”—up to 60 seconds. The “grace period” is the amount of time you have to swipe left and Ost (recall) a message after hitting “send.”

Another feature in development is “curfew.” It’s for those nights on the town when you know you might have a bit too much to drink. Just go to your On Second Thought settings, determine the time you’d like your “curfew” to start, and all messages you try to send after that time will be held until the next morning. Once the “curfew” expires, you can look back and see which messages you still want to send, and which ones you’re thankful didn’t go through.

How is On Second Thought performing?

Maci shares how she funded her app and more on the next page.