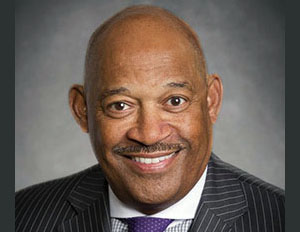 For the past three years, Black Enterprise has intensified the conversation around boardroom diversity with the release of its annual Registry of Corporate Directors list, which calls out the S&P 250 companies without at least one sitting African American on their board. While our research over the years shows that progress has been made, with 15 companies adding at least one black director to their board since 2013, it’s evident that corporate America still has a long way to go as 30% of S&P 250 companies still do not have a single black board member.

In support of Black Enterprise‘s mission for more boardroom diversity, the Congressional Black Caucus is putting forth efforts to address the lack of African Americans in the technology space with the launch of its TECH 2020 initiative that encourages stakeholders, nonprofits, and tech companies to publish their diversity and inclusion plans that would consist of both short and long-term goals for including blacks in their workforce. One company who seems to be taking note of the need for greater tech diversity is Apple. Today, the tech-giant announced the appointment of James A. Bell to its board of directors, making him the fifth African American to be appointed to a Fortune 500 tech board since the launch of CBC’s initiative and the first African American to be appointed to Apple’s board since the launch of Black Enterprise’s Registry of Corporate Directors list.

HP Adds Four African Americans to Its Board of Directors]

“We are pleased that Apple is demonstrating its commitment to greater African American inclusion with the addition of James Bell to its board. In welcoming him to the board, Apple has taken an important step forward in advancing African American leadership in the tech sector,” CBC Chairman G.K. Butterfield said in a statement. “As we have stated before, the commitment of corporate executives in working toward African American inclusion at all levels of tech companies is critical to our national competitiveness and good for tech companies’ bottom line.”

Bell is the former chief financial officer and corporate president of The Boeing Co. He has more than 40 years of experience in finance, strategic planning and leadership and acted as interim CEO of The Boeing Co. in 2005. A graduate of California State University, Bell also sits on the board of JP Morgan Chase, Dow Chemical Co., CDW and serves as a Trustee of Chicago’s Rush University Medical Center.

“James brings a wealth of global, financial and industrial experience from his successful career at Boeing as corporate president and CFO,” said Apple’s CEO Tim Cook in a statement. “I am thrilled to welcome him to Apple’s board of directors and I look forward to working with him.”

Since the launch of CBC’s latest initiative in May, four other African Americans have been appointed to the boards of Fortune 500 tech companies including Leslie A. Brun and Pamela Carter to HP Enterprise and Stacy Brown-Philpot and Stacy Mobley to HP Inc.

Attend theÂ Black Enterprise TechConneXt Summit at the Santa Clara, California, Hyatt Regency from Oct. 12—13.Â  It will present a unique, unparalleled opportunity to make connections among the best and brightest of the African American tech community–from Silicon Valley and beyond. At TechConneXt you will learn the secrets to Navigating the Silicon Valley Community, Discover Opportunities with Tech Companies, Find Funding Sources for your business and Connect with established tech leaders. If you are a part of the tech community, or one of its many stakeholders, you simply cannot miss it! Register today atÂ www.blackenterprise.com/techconnext.