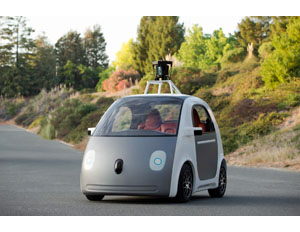 A new report from Juniper ResearchÂ predicts that tech companies, including Apple, Google, and Amazon, will lead and set the pace for the connected/driverless car market, which is estimated to reach $600 million by 2020.

CarPlayÂ lets drivers use the full functionality of their iPhones while driving, and integrates into a vehicle’s built-in display. Android AutoÂ provides the same capabilities, except the service is for Android phones running Lollipop (Android version 5.0) and higher.

The report indicates that Amazon will also emerge as a leader in the connected car space. Amazon recently announced its partnership with Ford to use the Amazon Echo–a voice-controlled smart home voice assistant–to voice control Ford vehicles. For example, users can ask Alexa to remote start the car from inside their homes, or open the garage door as they pull into their neighborhoods. This will all be a result of the integration with Amazon’s Alexa and Ford’s SYNC connection system.

“Connected carsâ€ and “autonomous/driverless vehiclesâ€ refer to two different types of technology. Connected cars are cars which can perform machine-to-machine (M2M) or human-to-machine interaction (using a smartphone to interact with a car, for instance).

Driverless, autonomous cars are ones which require no or very little human interaction to operate. Examples include Google’s Self-Driving Car project Â and Toyota’s “Highway Teammateâ€ prototypeÂ due in 2020.

High-tech vehicles are poised to become so commonplace that the U.S. government has started setting policy and working with the auto industry to ensure safety standards. Recently, the U.S. Department of Transportation embarked on a pilot program with the automakers to develop guidelines on the safe deployment and operation of driverless cars and other details.

FacebookTwitterYoutube
← Executive Education â€“ What’s Next? ← 5 Mistakes to Avoid Before Quitting Your Job to Start Your Own Business
×