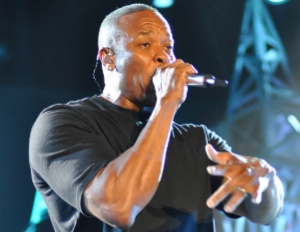 Founded by Dr. Dre and Interscope Records co-founder Jimmy Iovine, Beats by Dre brought in $350 million in revenue in 2011.

Hip Hop legend Doctor Dre hasn’t released an album in a while, but he could be a week away from cashing in on a big time level.

CNBC is reporting that Apple is closing in on completing a deal to acquire Beats Electronics, the headphone maker and music streaming operator founded by Dr. Dre and music producer Jimmy Iovine, who serves as the company CEO.

The deal could reportedly close at more than $3 billion.

It reportedly includes Beats’ new streaming service which launched in January and Beats’ brand of popular headphones and audio equipment.

RELATED: BEATS BY DRE GETS A $500 MILLION PAY DAY

According to CNBC, Â Apple and Beats “declined to comment.”

CNBC is also reporting that the “deal could be announced as early as next week, but people familiar with the negotiations cautioned that some details had yet to be agreed and talks could still fall apart.”

No word yet on when Dre’s much-discussed, long awaited new album, “Detox,” will be released.

Check out the rest of the report by CNBC here.