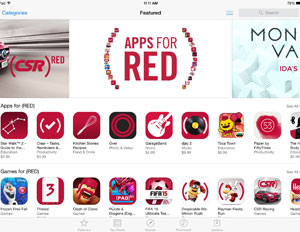 Apple's partnership with RED started in 2007 with a RED-themed gift card and the red iPod nano and iPod shuffle.

In honor of World AIDS Day, one company is going in the red during Black Friday.

Apple has partnered with some of the most popular developers in its App Store to create (RED)-branded content in honor of World AIDS Day on December 1. It’s also giving away (RED) gift cards with the purchase of select Apple products on Black Friday.

Buying a pair of Beats headphones, an iPod nano, or an iPod touch will net you a $25 iTunes Store gift card.

Apple’s also donating an unspecified portion of every sale to the Global Fund to Fight AIDS on World AIDS Day. 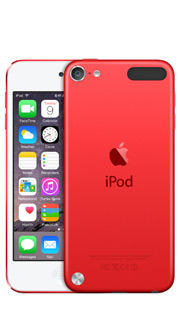 This isn’t the first time Apple has participated in the battle against the spread of HIV/AIDS. (RED)’s involvement with Apple began in 2007, when the company released a (RED) gift card, with a portion of the purchase going toward the charity. Later in the year, it released both a red iPod nano and iPod shuffle.

As of today, its (RED) lineup includes the iPod shuffle, iPod nano, iPod touch, and cases and covers for its iPhone and iPad line, respectively.

25 apps are participating in the campaign, including Kim Kardashian: Hollywood, Monument Valley, Threes!, and DJay 2.

All proceeds from purchasing participating app and in-app items from Monday, November 24 through Sunday, December 7 will be donated to The Global Fund to Fight AIDS.