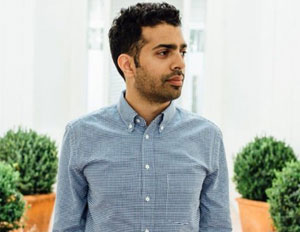 Musa Tariq has worked with Apple's head of Retail and Online Stores, Angela Ahrendts, when they both worked at Burberry. (Image credit: Twitter)

Apple is great at creating artful commercials, but the day-to-day social interactions with consumers isn’t exactly robust. But with its latest addition, the notoriously mum company may be opening up a little more.

According to 9to5Mac, Apple has brought on Musa Tariq to head its new social media initiatives as the digital marketing director of Apple Retail. Formerly, Tariq was the global senior director of social media at Nike, a company Apple worked with closely to create the Nike+ line of running products.

The latest Apple hire isn’t exactly an outsider. Tariq, during his time at Burberry, worked with Angela Ahrendts, the former CEO of Burberry who was hired by Apple in early 2014.

The real question is why? Apple doesn’t have a bad reputation, and it’s not like people don’t know what an iPhone is.

First day of school. Hope the other kids like me!

Samsung’s push into viral marketing may have Apple worried. With the most retweeted photo in history taken by Ellen Degeneres’ Samsung Galaxy S5, and Obama accidentally promoting the Android smartphone through a selfie with Red Sox player David “Big Papiâ€ Ortiz, Apple could be feeling less relevant, even while it sells more and more iPhones.

To appeal to more consumers, and in a video that strays from Apple’s more emotional advertisements, the company aired a commercial about its MacBook Air laptop where personalization was the focus.