An Applebeeâ€™s Goes Green in Harlem 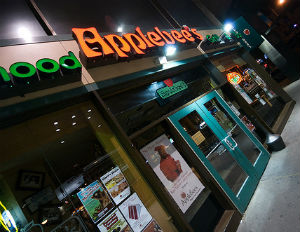 As brands such as Red Lobster, International House of Pancakes, and TGIFridays make inroads into the Harlem section of NYC, one brand is bringing with it an environmentally friendly.

On Monday, an Applebee’s restaurant on East 117th street became the first in the city to be LEED (Leadership in Energy and Environmental Design)-Gold certified, an award given out by the United States Green Building Council for buildings that are designed to be efficient and have a low impact on their environment.

Some of the eco-friendly features built into the restaurant include systems that harvest rainwater & sunlight, waterless urinals and a “living wallâ€ — a vertical indoor garden. The roof has been painted white to help keep heat down during the summer. While most Applebee’s locations cost around $3 million to build, the extra “greenâ€ features added an extra $1 million to the final construction costs.

Apple-Metro, the local Applebee’s franchisee who owns the restaurant, announced the 350 seat location in a statement in October.

“We felt it would pave the way for all other restaurants to move towards making environmentally-conscious upgrades,â€ said CEO Zane Tankel in a statement. “It’s about being a good neighbor, both locally and globally.â€