Are $3,000 All-Star Tickets Worth Breaking Your Bank? 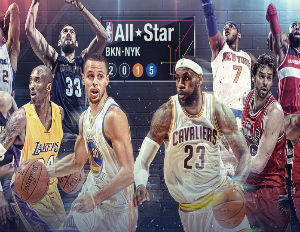 With 2015 NBA All-Star Weekend officially kicking off in New York on Thursday many in the tri-state area are wondering how can they let this event come and go without them.

It’s easy to get caught up in the hype of the big game coming to a city near you. Â There is a lot of talk about how sporting events benefit the city, but understand that it is your pocketbook that is making that beneficial contribution. The money the spectators spend on memorabilia, tickets, food, hotels, etc. is what goes into the final tally as to whether the event was successful or not.

For the upcoming 2015 NBA All-Star Game being played Saturday at Madison Square Garden in New York City, Forbes.com reports that tickets on the secondary market average about $3,000. You can find something in the nose bleed section for approximately $1,000 through ticketmaster.

But whether you can afford it or not comes down to you and your personal financial goals. Here are some factors you may want to consider in helping you decide if it’s worth it for you:

How long do you have to work to pay it off? On her self-titled show on CNBC, Suze Orman once denied a caller who asked if he could afford $8000 for two tickets to the Super Bowl. The caller earned $4,500 per month. Orman said to the caller “You are going to work two full months to go to one game? Denied. You are 40 years of age and have $19,000 in retirement. No way, boyfriend.â€

Based on Orman’s assessment, spending two months of one’s salary on a sporting event was not a wise investment, especially when retirement and other long term savings goals were not in order.

However, all decisions are not purely financial. You may be willing to spend a month’s salary on a ball game because it will have long term memories for you. So, also consider this advice from another wise woman.

Apply the 10-10-10 Rule. Author Suzy Welch shares her process for making difficult decisions in her New York Times best seller 10-10-10: A Life Transforming Idea. Welch says she weighs the consequences of her decisions in 10 minutes, 10 months and 10 years. Â The goal of doing this is to “replace chaos with consistency, guilt with joy, and confusion with clarity,â€ according to the book’s description.

By applying this rule when you make discretionary purchases, you will always have the long term effects in mind before you spend any money. But don’t just weigh the finances. Sure, ask yourself, will this delay my mortgage payment this month? Will this significantly reduce my retirement in ten years? But, also ask will the experience still be worth it in ten months or ten years? Or in ten years will you just be off to the next big ticket sporting event with no money in savings? Or will those moments of the Golden Warriors’ Splash brothers Stephen Curry and Klay Thompson playing with Cleveland Cavalier’s LeBron James in the 2015 All-Star big game be forever fond in your long term memory?

Is it worth it? You decide.

7 Reasons Why Not Having A Mentor Is Hurting Your Business