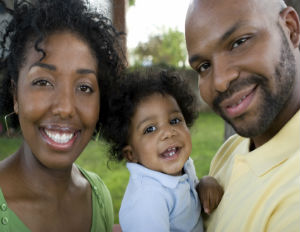 In the April 2016 issue of Black Enterprise, I wrote an article about a young woman who took out student loans to finance her education. You can read a condensed form of that article here.

Unlike many of her peers, Denesia Rodgers is married, a homeowner, and a mother–all the things that studies say young Americans are putting off because they’re saddled with student loan debt.

Rodgers took advantage of an income-driven repayment plan, which only 12.5% of eligible borrowers have signed up for.

Income-driven plans, as you’ll see below, are just one of the suggestions of the National CPA Financial Literacy Commission for making student loans less onerous.

Student Loans and the American Dream

According to a new survey of the American Institute of CPAs, eight in 10 U.S. adults with student loans (81%) say they made financial or personal sacrifices because of their loan amounts. Half (50%) say they delayed contributions to retirement accounts; 40% live with roommates or at home, delaying the purchase of a house; 20% are delaying marriage, and 19% are delaying having children.

“College is often viewed as a stepping stone to the American Dream,” says Gregory Anton, CPA, CGMA, chair of the AICPA’s National CPA Financial Literacy Commission, in a release. “However, the way education is funded could actually wind up delaying home ownership, getting married, and having children–hallmarks of that dream,” adds Anton.

The National CPA Financial Literacy Commission offers the following advice to reduce the burden of student loans and deal with the financial aid process.