Are Women Better Leaders than Men? 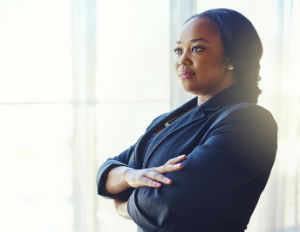 Once upon a time, long ago (in the ’70s), there was a television game show called The Battle of the Sexes. It placed men and women in high stakes intellectual and physical competitions against one another for prizes and bragging rights. Men, not surprisingly, would often defeat women in tasks that required more physical strength, while women would trounce men in tasks that required higher analytical or communication skills.

Long-held traditional attitudes would lead us to believe that men tend to lead better than women but research doesn’t actually support those beliefs. A 2011 study of 7,280 leaders by the Harvard Business Review revealed that specifically, at all levels, women were rated higher in fully 12 of the 16 competencies on outstanding leadership. And two of the traits where women outscored men to the highest degree–taking initiative and driving for results–have long been thought of as particularly male strengths.

Effective leaders are typically expected to inspire action, be optimistic, have integrity, support and facilitate their team, have confidence, communicate, and be decisive. These are obviously qualities that both genders can exhibit. So, what exactly is it about women that tend to result in higher scores on many leadership surveys?

In terms of leadership styles, it’s been well documented that women are not simply more collaborative but they actually prefer to work in teams, getting team member input. Women have been socialized to be more inclusive, whereas men have been socialized to lead based on individual goal orientation, focusing more on their strengths than on the strengths of their team members.

So, if both genders bring something to the table, who’s “betterâ€ at leading, really?

Well, it’s not just about the strengths of the leader. It also depends on who’s being led, and how those leaders lead. Research shows that leaders–regardless of gender–that are values-driven, high touch communicators, and inclusive in their approaches tend to get the greatest results, not only from a performance perspective, but also from an experience perspective.

Want to learn how to develop your leadership skills? Check out Leadership Masterclass.

Fran Harris is the founder of Black Business University, the world’s first online course marketplace for black entrepreneurs, CEOs, and companies, featuring hundreds of courses to help you grow your business.