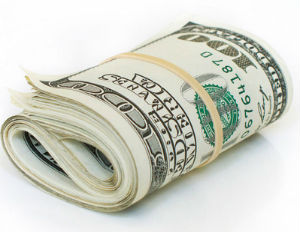 While workers are aware they have a choice in their retirement plans, many still don’t know the difference between a traditional 401(k) and a Roth 401(k) or which option is ideal for boosting retirement saving goals.

Few workers use the Roth 401(k) retirement plan, despite its advantages and growing availability. Since a 2006 law allowed the creation of Roth 401(k)s, more employers have been offering them and savvy workers who have been signing up laud the advantages. A Roth plan offers advantages for many retirement savers. It’s generally a more flexible tool than a traditional 401(k) and, for many younger and lower-paid workers, a Roth plan is a life-saver. However, deciding between a Roth and a traditional 401(k) isn’t easy. Trying to separate fact from fiction has left many people confused.

[RELATED: Black Women Behind in Retirement Savings: 3 Ways to Catch Up]

Here are some benefits [and disadvantages] of Roth 401(k) plans.

With a traditional 401(k), there are no taxes on contributions. Instead, you pay taxes when money is withdrawn in retirement. A Roth reverses that: there’s no tax break on contributions, but all withdrawals–including any investment gains–are tax-free.

Tax breaks for young and low-income workers. With a Roth, workers trade some upfront pain for a long-term gain. They pay taxes on their retirement savings now so they don’t have to pay taxes on withdrawals in retirement. The young benefit most from this strategy, because they have more time to let their money grow tax-free. Workers can use Roths if they expect to earn significantly more later in their career. A low tax bracket now, minimizes the upfront pain of a Roth. The Roth will then help avoid taxes in retirement, when a person goes into a higher tax bracket.

Flexibility in retirement. Retirees in sound financial health also benefit from a Roth 401(k), because of the flexibility it offers. For instance, a retired couple can use a chunk of their cash to celebrate a signature event, such as a silver anniversary or a child’s graduation. Â If they take that money from a traditional retirement account they’ll have to pay taxes on it, and that one-time expense may bump them up to a higher tax bracket. But any withdrawals from a Roth 401(k) are tax-free, so retirees can cover big expenses without worrying about the tax consequences.

By law, retirees must make regular withdrawals–”required minimum distributionsâ€–from their traditional retirement accounts after age 70 and a half. With a Roth, retirees can leave assets in a Roth account for as long as they want, which keeps investments growing tax-free well into retirement.