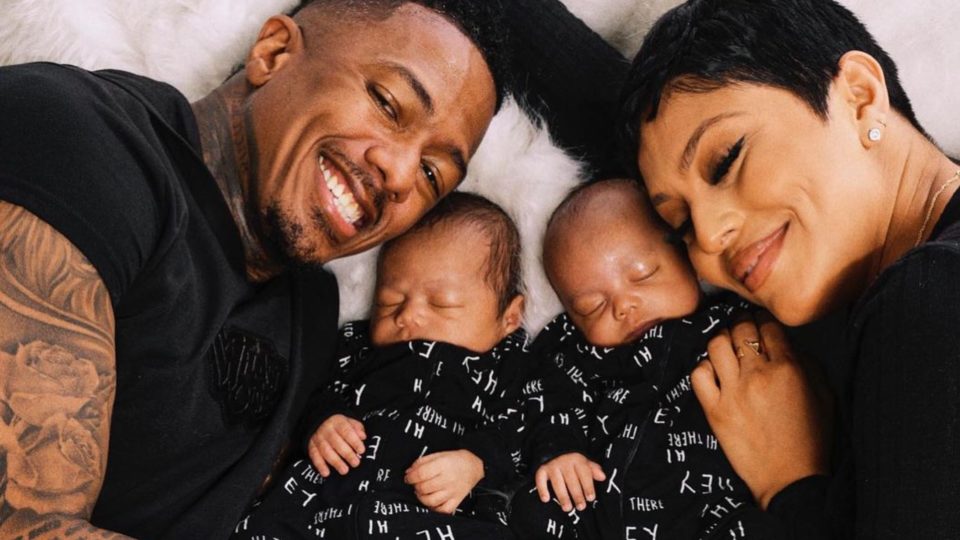 Nick Cannon is a proud father of his growing tribe of children. The Wild N Out creator recently posed alongside DJ Abby De La Rosa and their one-month-old twin boys for the family’s Instagram debut.

Cannon smiled from ear to ear while holding his one-month-old twins Zillion and Zion with his ex Abby. The adorable family photoshoot came just three weeks after Cannon welcomed his seventh baby with another woman, The Sun reports.

On Thursday, Abby shared a photo slide that included three photos of her and Cannon embracing their infant babies. “One month old Zion and Zillion Cannon,” she captioned the post.

Cannon and Abby welcomed twins Zion Mixolydian and Zillion Heir on June 14. The LA-based DJ announced her pregnancy on Instagram without announcing who the father was.

“Our dearest sons – my miracle babies, Thank you for choosing me to be your Mommy,” she captioned the post. “I pray that God gives you both the strength to walk brave and boldly in your individual truth just like your Daddy. That God bless you and your brother and guide you into living out your full purpose.”

But it didn’t take fans too long to start digging and looking for clues on who the father could be. Now, Cannon has two sets of twins after first welcoming his 10-year-old twins, son Moroccan and daughter Monroe, with ex-wife Mariah Carey.

During a recent interview with the City Girls, Cannon revealed that he is having so many children with different women on purpose, as noted by the Independent.

“Trust me there’s a lot of people that I could’ve gotten pregnant that I didn’t,” Cannon said. “The ones that got pregnant are the ones that were supposed to get pregnant.”