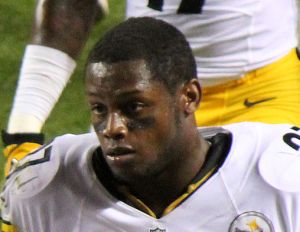 According to ESPN, the NFL keeps its streak going. The Arizona Cardinals have deactivated Jonathan Dwyer following his arrest on charges of aggravated assault.

This continues the black eye the NFL has been given in recent weeks with domestic violence issues involving Ray Rice,Â  Adrian Peterson and Greg Hardy.

There were two reported incidents that led to Dwyer’s arrest. The case involves a 27-year-old female and an 18-month-old child at Dwyer’s home in southeast Phoenix on July 21 at 8 a.m. and July 22 at 4 p.m.

“Given the serious nature of the allegations we have taken the immediate step to deactivate Jonathan from all team activities,” the team said. “We will continue to closely monitor this as it develops and evaluate additional information as it becomes available.”