Tech Startup of The Week: Around The Way Ranks Teamwork #1 for Success 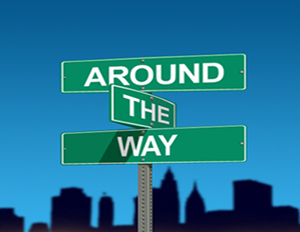 Teamwork is highly touted, but difficult to duplicate. When Janine Hausif, 29, came up with the idea for a mobile app that uses a smartphone’s GPS to locate the nearest black-owned businesses, she could have taken the idea and ran with it solo; taking all of the credit for herself.

That would make sense since she was the one who personally, scoured the Internet, libraries and government databases to find almost every Black-owned business in the country, right?

Instead she invited Eric Hamilton, 43, and Sian Morson, 42, to serve as cofounders for Around The Way, the aforementioned app. While the average tech startup includes all white men under the age of 30, Hausif chose her cofounders because of the expertise they brought to the table, not the number of candles on their birthday cakes.

“It is extremely important to build a team. There is nothing you can build by yourself. Ask any successful person if they did it by themselves, the answer would be no,â€ says Hausif, who plans to beef up the data and tracking component of the app and add a check-in feature.

Last October, Hausif met Morson, at Focus100, a pitch bootcamp and symposium for Black women interested in developing interactive tech companies. Morson, who owns Kollective Mobile, a mobile development agency and lives in the Bay Area, was already interested in starting a similar project around cataloging black businesses. Immediately she knew that there was a mind meld.

“Eric was a fire starter,â€ says Hausif. “He was a driving force in getting the first version of the app even created. Once a team was created he had to be a part of itâ€ The partnership with the U.S. Chamber was a result of his business and marketing prowess.

Around The Way is BLACK ENTERPRISE‘s Tech Startup of the Week. Since its launch in November 2012, Around The Way’s popularity has shot up tremendously. Between the Apple App Store and the Google Play Store, the ATW app now represents nearly 20,000 businesses and has had nearly 10,000 downloads.Â They’veÂ also signed an 18-month exclusive partnership with the U.S. Black Chamber that offers premium features to the chamber’s 250,000 members.

While any business can list for free, the premium listings, which run approximately $120/year, are placed at the top of search results, will receive a special icon by their profile, and a unique distinction on the map. The three black founders credit the apps success to their ability to balance the workload.

“There are challenges. But we are very much a partnership. We have our weekly calls and it is very much a democracy. When the chamber thing came up we discussed it a lot and went back and forth about what is right for us,â€ says Morson who is working on redesigning the current template, which will be available this Spring.

Here are Hausif, Morson, and Hamilton’s tips for teaming up to achieve success:

Janine. “It takes trust. I have to trust their guidance and suggestions in each of their particular expertise. I don’t know it all, and never will. So I trust my team to bring their expertise to the add on to the overall goal of making the app a success. The team takes the burden off of having to do EVERYTHING, all the time. Instead of wearing 10 hats in the business you can focus on the one or two that you’re good at, which decreases the chances of burning out.”

Sian. “Stay in your lane, but also be willing to be a part of a larger group. I think that is critical to the success thatÂ we’veÂ had thus far. It is definitely important to let everyone own their strengths and let people do what they do best. IÂ couldn’tÂ do what Eric does, but I definitely have my area of expertise.”

Eric. “I think every tech company should add as a minimum a female cofounder that is touching the application. I’m good bringing products to the market but I don’t have that fine eye to detail. There is a certain touch, and a certain way to design a product so that the masses will like it. I believe that in general, women have a better touch than men when it comes to developing products to the masses.”