Winging It: Brown (Mothers) v. Board of Education 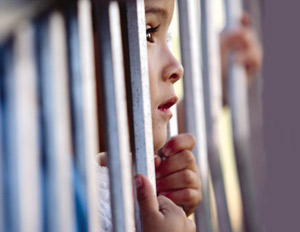 There seems to be a new type of racial profiling going on across America, and Black women and children had better watch their backs. As usual, the disadvantaged are at greatest risk, but the most outstanding (and outrageous) characteristic of the targeted is that they’re intent on getting a great public education.

The first nationally recognized case hit the news back in January, when Kelly Williams-Bolar, a teachers aide in Akron, OH, spent nine days in jail for sending her two daughters to the Copley-Fairlawn schools in her father’s suburban neighborhood, rather than to the sub-par school near her legal residence.

The latest arrest was made earlier this week, when Tanya McDowell, a homeless woman, was arrested as she walked to a shelter to get lunch. At the time, her small son was sitting in a kindergarten classroom in Norwalk, CT. In school documents, McDowell had listed his home address not as the van she says they were living in (how does one list that on an application, anyway?), but as a public housing complex where she had a friend.

McDowell, 33, is charged with stealing $15,686, the reported cost of her son’s education for less than four months at Brookside elementary. The amount seems high, given that the nationwide average for an entire year in public school is under $10,000, but that’s really beside the point. If convicted, McDowell faces up to 20 years in prison. And where will her son be then?

Not surprisingly, legions of strangers have rallied in support of this young, single mother (as they did Williams-Bolar), despite Norwalk Mayor Richard Moccia publicly deriding her as “an ex-conâ€ with a “checkered past.â€

“This is not a poor, picked-upon homeless person,â€ Moccia told FOX News, expressing his outrage that “somehow the city of Norwalk is made into the ogre in this.â€

Again, Moccia is totally missing the point. This is not about his city, or McDowell’s character, or complex issues surrounding taxation versus representation, free will, or public education. This is about a little boy, who has as much fundamental right to the best education possible as any child of any race, religion, ethnicity or economic background anywhere in this country. Our Constitution says so.

This is about the fact that since the historic 1954 Supreme Court victory reinforcing that right (Brown v. Board of Education), we have gone about the systematic overt and covert re-segregation of our public schools leading us to the quandary that mothers of all races across the country face every day: How do they get the best education for their children when they reside in districts with crumbling, underperforming, under-resourced schools that are little more than holding pens for children whose potential is being willfully written off by a larger society that simply seems not to care?

In response to these recent cases, Syracuse University professor Dr. Boyce Watkins has noted the maddening irony of locking up mothers over the issue of public education, lauded throughout our nation’s history as the great equalizer and the single best way out of a consuming poverty of mind, body and bank account.