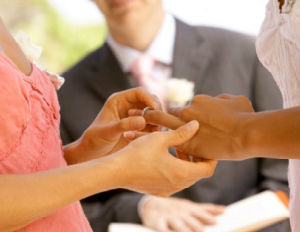 On Tuesday, the Supreme Court heard oral arguments on four marriage equality cases, which is considered an important step in the movement toward winning full LGBTQ (lesbian, gay, bisexual, transgender, and questioning) equality under the law. For many LGBTQ individuals, however, the day was overshadowed by civil unrest and the ongoing fight to end police brutality and state-imposed violence as protestors took to the streets of Baltimore just 40 miles north of DC.

The LGBTQ community is impacted by police brutality and violence with the deepest impact of oppression and discrimination experienced by black transgender women, according to recent reports. While marriage equality is an important step for the LGBTQ community, it is not the end of the fight for equality–it’s just the beginning, say LGBTQ advocates.

To that end that advocacy group GetEQUAL recently launched its LGBTQ Bill of Rights, a document produced over a year’s worth of conversations with LGBTQ people on the ground across the country. The LGBTQ Bill of Rights outlines the many ways in which LGBTQ people need more than simply marriage equality–from an end to religious discrimination to full access to healthcare to freedom from police brutality, deportation, and detention. Â As we move forward, potentially into a moment where marriage equality is a reality, we still must grapple with the oppression and discrimination that affects LGBTQ people, notes GetEQUAL.

“(Tuesday’s) rally on the steps of the Supreme Court was a beautiful example of the diversity of stories, experiences, and identities within the LGBTQ community — and it was also a deeply troubling reminder of how far we must go and how hard we must work to ensure that marriage is not the end of our movement’s road,â€ says Heather Cronk, co-director of GetEQUAL. “While we hold signs and raise banners demanding a freedom of harassment from the government outside the Supreme Court, we must also take that demand to police departments and city halls and detention centers across the country. We are not free until every one of us is free and we will continue to take to the streets until we are all able to taste freedom.â€

Legal discrimination, lack of family recognition, and lack of safe educational environments put LGBT people of color at risk of lifelong poverty. Poverty rates for people in the LGBT community are higher than the national average, according to a report released in April.

Paying an Unfair Price: The Financial Penalty for LGBT People of Color examined economic insecurity among LGBT people of color compared to white LGBT people and non-LGBT people of color. Coauthored by the by the Movement Advancement Project and the Center for American Progress, in partnership with several other organizations, the report details the discrimination that LGBT people of color face in employment, housing, health care, and other aspects of their lives.

Also, LGBT people of color are more likely to be raising children than white LGBT people, often in states without marriage equality or legal recognition of parenting ties, the report notes. What’s more, young LGBT people of color frequently encounter bullying or harassment in school, making it harder for them to obtain the type of education that can lead to better economic opportunities.

We are not free until every one of us is free. People will continue to take to the streets and to courthouses until everyone is able to taste freedom.