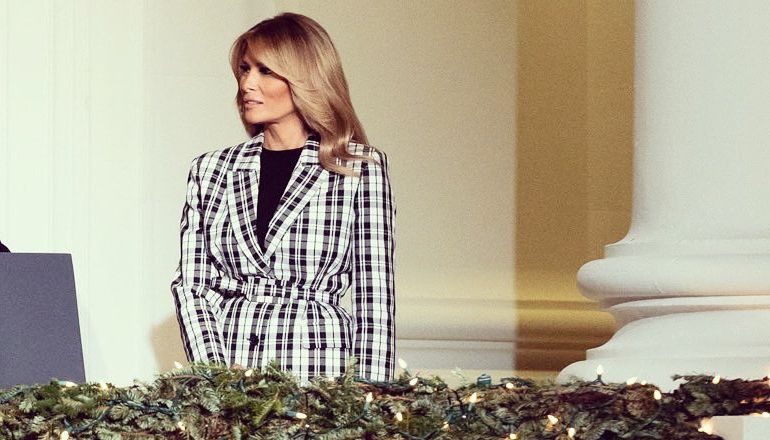 As the current president of the United States, Donald Trump, continues to accuse everyone who didn’t vote for him of election fraud, his wife, First Lady Melania Trump reportedly “just wants to go home” according to sources as reported by CNN.

“Mrs. Trump is focused on her role as first lady. Monday she unveiled her most current effort in preserving the White House by announcing the completion of the tennis pavilion. She also recently unveiled a new piece of art in the newly renovated Rose Garden. Her office just revealed this year’s Christmas décor. Her schedule remains full with her duties as a mother, wife, and first lady of the United States,” the first lady’s chief of staff Stephanie Grisham told CNN.

Today, @FLOTUS announced the completion of the Tennis Pavilion on the White House grounds! https://t.co/CQeyDLPTHN

It’s been reported that Melania brought Marcia Lee Kelly, who had previously run the White House Office of Administration, in a volunteer capacity, to her staff back in April as a special government employee based on her prior experience. The first lady allegedly wanted Kelly to find out, through West Wing acquaintances and a member of the Office of Management and Budget, if there were available funds that are allocated to former first ladies.

Melania is supposedly toying with the idea of writing a photo-centric coffee table book about White House hospitality history, or one centered on the design projects she had completed in her role as the first lady.

Meanwhile, her husband has been keeping himself busy with the many lawsuits that have been filed and lost in recent weeks. Critics say he has been steadily “crying” about election fraud at any given time on Twitter or at public appearances. As a result, Twitter users created the hashtag #CrybabyTrump to poke fun at the president Wednesday.